Ten people have now been sentenced over a night of violence in Hertfordshire during last September.

After fights, scuffles and what police described as people behaving like animals - the gang from Welwyn and Hatfield have now been sentenced for more than 15 years of prison, youth detention and other referral orders.

It was September 2016 when violence and anti-social behaviour spread out of town and across Welwyn one night.

Each of the ten people who were sentenced received significant sentences for their part in the violent disorder.

This sort of violent behaviour will not be tolerated in Welwyn Hatfield say Hertfordshire Police.

"After a thirteen month enquiry, those who pleaded guilty in connection with the violent disorder that happened in Welwyn Garden City’s town centre on September 24, 2016, were sentenced at Luton Crown Court on Tuesday, December 12.

Extensive enquiries led to the arrest and charge of 12 individuals, and three weeks into the trial, 11 of those pleaded guilty. Ten of these were sentenced on Tuesday.

Those who pleaded guilty and were sentenced to the Violent Disorder include:

An 18 year-old from Welwyn Garden City, who had been arrested and charged on suspicion of Violent Disorder had no further action taken against him as no further evidence was offered.

Two pleaded guilty to Conspiracy to Commit Robbery at St Albans Crown Court in June. They include:

"We are delighted with the outcome of this case. My officers worked incredibly hard and diligently to bring these individuals to justice.

Those sentenced today behaved like animals that night in September 2016 and they should be thoroughly ashamed of themselves. They put their victims through pain and terrible distress, which will no doubt stay with them for many years to come.

Hertfordshire Constabulary will not tolerate such unacceptable, violent disorderly behaviour and we will continue to come down hard on those responsible as we have with Operation Hade."

"I am very pleased with this sentencing result. Detectives from our Local Crime Unit worked extremely hard to secure these convictions which demonstrate that anyone involved in such serious offences will face the consequences of their actions.

All officers across Welwyn Hatfield work tirelessly every day to keep local people safe and we are determined to continue to take a robust approach with anyone involved in such ASB and disorder. Through our own investigations and information from the public, we can work together to keep the area safe and I would therefore strongly encourage people to always report suspicious activity and ASB to us should they come across it."

Hertfordshire Police say crime or suspicious activity can be reported to us via the police non-emergency number 101 or dial 999 if you witness an offence in progress.  Alternatively call Crimestoppers anonymously on 0800 555 111. 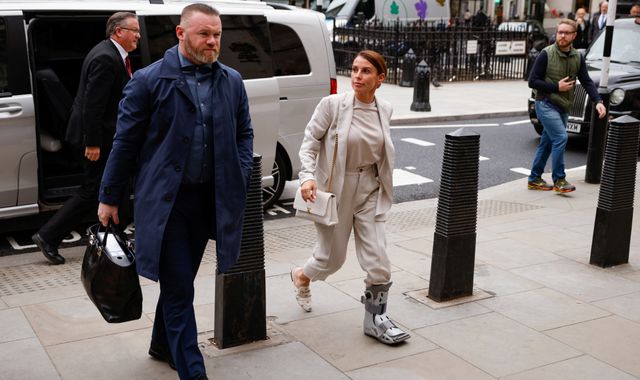