Hotels Urged To Keep Eye Out For Michael Mundy

Police in Milton Keynes say they want to speak to 29 year-old Michael Mundy who could well be staying in one of local hotels in the area in connection with a harassment of a woman.

"I would urge anyone with any information regarding Michael’s whereabouts to contact police via 101.  It is vitally important that we speak to Michael because we believe he has crucial information about a harassment investigation in the city.

We believe he is staying at hotels in and around the Milton Keynes area, so I would urge hotel owners, staff and customers to be vigilant." 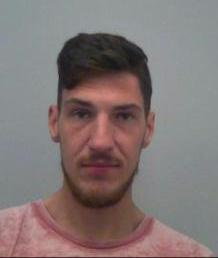