Police investigating the murder of Northampton dad of two, Jon Casey, have released CCTV images of potential witnesses and are urging them to contact police.

Mr Casey, 35, was found seriously injured in Barrack Road, Northampton, at about 5.30pm on Friday 16 January. He died in Northampton General Hospital a short time later.

Officers believe a number of people who were in the area of Barrack Road around the time of Mr Casey's murder, may have important information that will help them with the investigation.

Detective Inspector Louise Hemingway is hoping the people pictured in the CCTV will see the appeal and get in touch:

"We have spoken to a number of people who were in the area that evening but there are still more that we haven't been able to trace and who we believe may be able to help us.

They may have seen or heard something that on its own appears insignificant but, when pieced together with other information, could be hugely important, and I urge them to call us.

I must stress that the people we are asking to come forward are witnesses only and anything they tell us will be treated in the strictest confidence.

The following 10 images are of people walking in Barrack Road between 5.15pm and 5.20pm on Friday 16 January, who we have yet to speak to and would very much like to make contact with.

If this you or you recognise anyone, please call the major crime team on 101 as soon as possible." 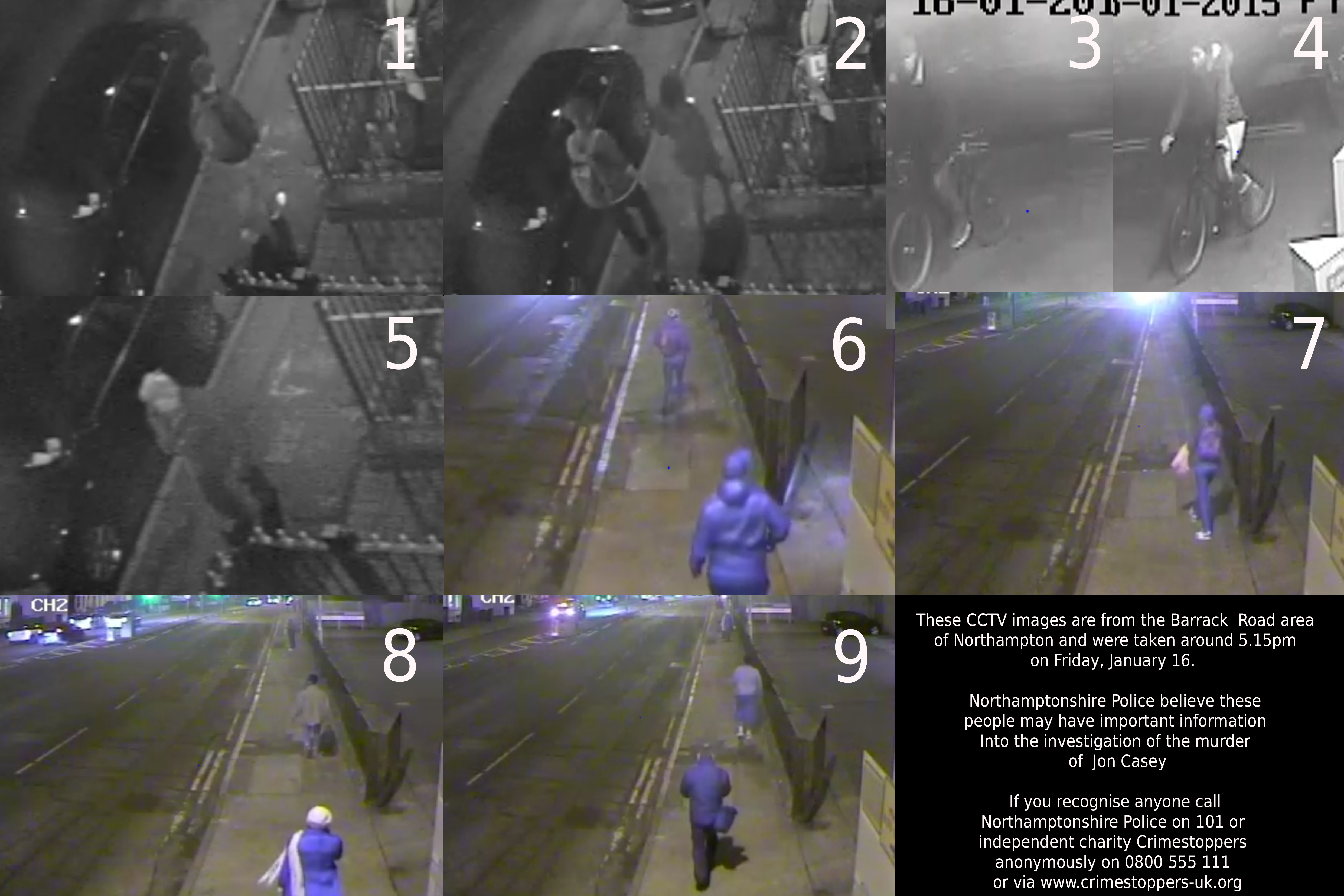 Witnesses or anyone with any information are asked to call Northamptonshire Police on 101. Or, you can call the independent charity Crimestoppers anonymously on 0800 555 111 or use the anonymous online form at www.crimestoppers-uk.org.