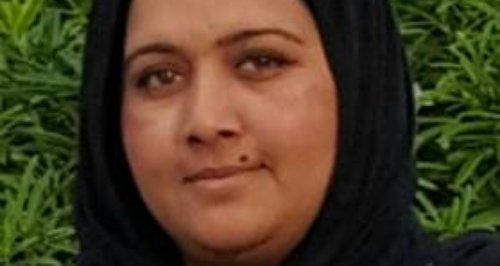 A woman who was found dead in Luton last Monday (10 Oct) has been named as Tabussum Winning.

The body of the 34 year-old, who was originally from Pakistan, was discovered in her home in Essex Close. Her family has been informed.

Police are continuing to treat her death as unexplained but are looking at the possibility it's linked to the death of a man who was found in a bin outside the property the following Monday, (19th Oct).

"We have a dedicated team of detectives committed to establishing the circumstances both deaths, and I’m appealing for the public to come forward if they know anything which could help our investigation.

Did you know Tabussum? Whether you knew her as a friend or a colleague, or simply used to see her out and about in Luton, we want to hear from you.

We’re also continuing to ask for anyone who witnessed suspicious activity between Friday 7 and Monday 10 October in and around Essex Close to get in touch.

We’re particularly keen to speak to anyone who saw a black wheelie bin being taken along the street, or anyone who lived nearby who has noticed that their wheelie bin has gone missing."

One man has been arrested in connection with both deaths and has been released on bail pending further enquiries.

Anyone with information is asked to contact the Major Crime Unit on 101 quoting Operation Connery.