After plans were unveiled last year for a transit system to link Luton Airport and the Parkway station - those proposals have now been submitted to the council.

Subject to planning permission, work could begin in late 2017 - with the system ready for operation by spring 2021.

LLAL, wholly-owned by Luton Borough Council, will fund the scheme under its capital programme.

"Along with the £110m transformation of the airport, the MPT will make sure the passenger experience we provide is world-class, and combined will support on-going growth to 18 million passengers per year by 2021.

The submission of our planning application is the most significant moment yet in the on-going £1.5bn transformation of our town under the exciting and ambitious Luton Investment Framework.

It opens up opportunities for development throughout the London Luton Airport Enterprise Zone and confirms our confidence in Luton's potential for economic and employment growth."

The MPT system will be a fully-automated, two-way, 24-hour capable people-mover based on latest system technology and design innovation.

The 2.2km route will run between two purpose-built stations at Stirling Place and the Central Terminal.

The MPT will run alongside the mainline railway before crossing over Airport Way via a new landmark bridge. It will then continue through the airport's existing mid-term car park, under a taxiway, and on to the Central Terminal. 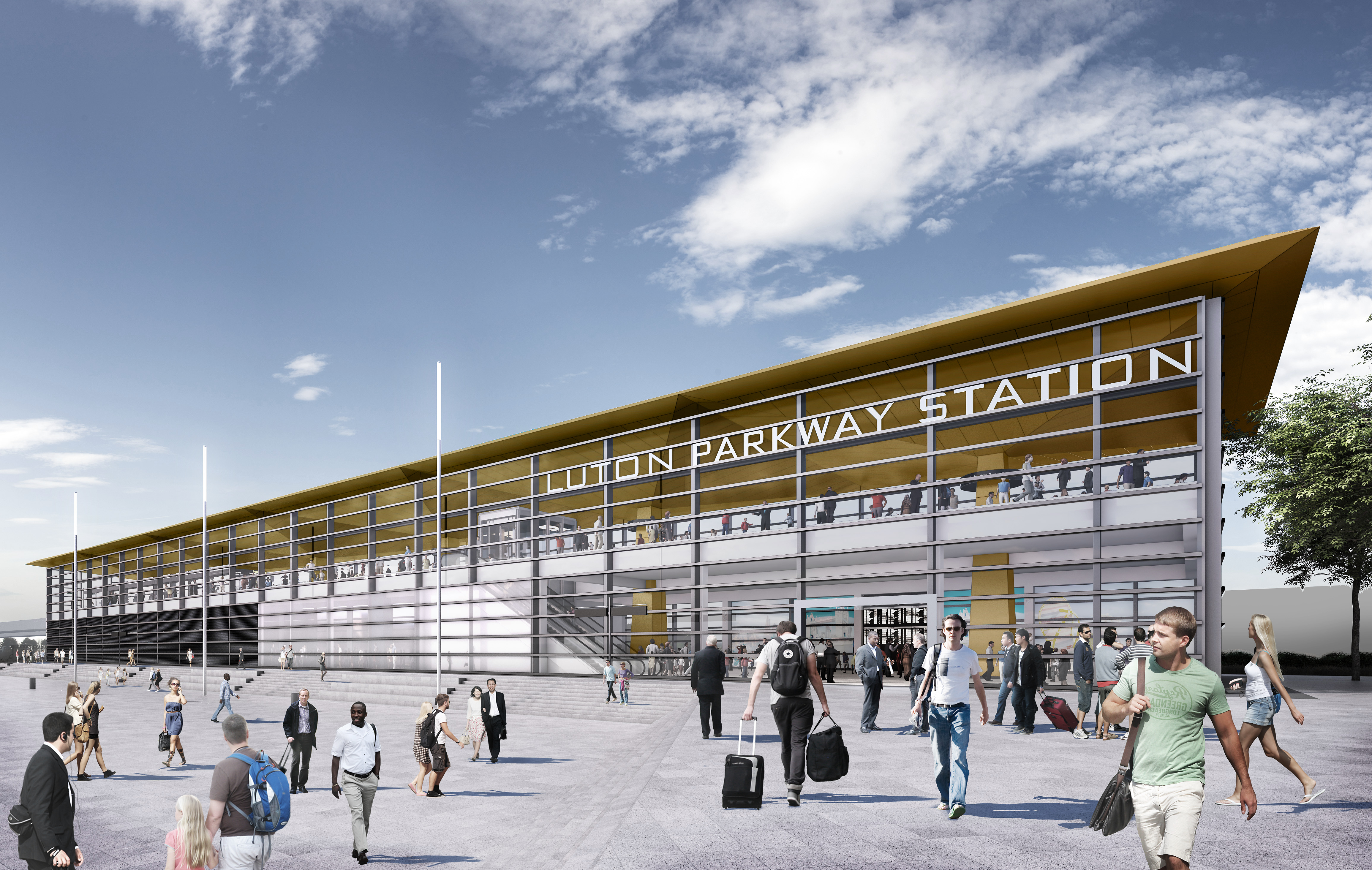 "London Luton Airport enjoys a catchment area of 23 million people within a two-hour travel time and is ready and willing to make a significant contribution to meeting the growing demand for air travel in London and the South-East.

The journey time from St Pancras of less than 30 minutes will beat Liverpool Street to Stansted by 20 minutes and be faster than Victoria to Gatwick too.

Combined with the prospect of four fast trains an hour from London as part of the upcoming East Midlands rail franchise, which we are campaigning for, this investment in mass passenger transit will transform the experience of those travelling to the airport by rail, and will encourage more people to do so and therefore help to reduce congestion on the roads."

The London Luton Airport Enterprise Zone, supported by SEMLEP and the Government, will deliver 7,200 new jobs via Stirling Place, a revitalised airport business park and a new 70-acre commercial development at Century Park, east of London Luton Airport that will be served by a new 1.6-mile access road.

LLAL announced earlier this month that plans for Century Park will be brought forward in the summer. Today it can also confirm that a separate planning application for Stirling Place, a gateway mixed-use commercial development, will be made in the next few months.

Luton's Investment Framework is the Council's ambitious plan for major town-wide transformation. Together with its partners, the Council is on schedule to secure £1.5 billion investment to create 18,500 quality jobs for local people while driving improvements to health and wellbeing, raising aspirations and enhancing prosperity.

"It is fantastic to see plans for the MPT being submitted. Luton is not content to dwell on public sector spending reductions. Instead we are focused on creating the most positive climate for inward investment so that life opportunities for people in Luton can continue to surpass the most ambitious of expectations."

"We are investing £110m to transform the airport and improve the experience for passengers inside the terminal. Improving accessibility, particularly rail links, is equally crucial for the airport's development.

"We are already working to secure four fast trains per hour to Luton Airport Parkway station as part of the new East Midlands rail franchise. The creation of a mass passenger transit link between Parkway and the terminal will be a key milestone in the airport's transformation."

"easyJet welcomes the plan for a new direct rail link connecting Luton Airport Parkway train station with the airport. We already encourage our passengers to travel by rail, offering them the opportunity to purchase tickets on board and we hope the number of easyJet passengers at London Luton Airport who arrive by rail will increase with the new, faster link to the airport.

"We now fly over six million passengers a year to and from London Luton as the number one airline at the airport. The redevelopment of the airport was a key factor in our commitment to double our passenger numbers over the next 10 years."