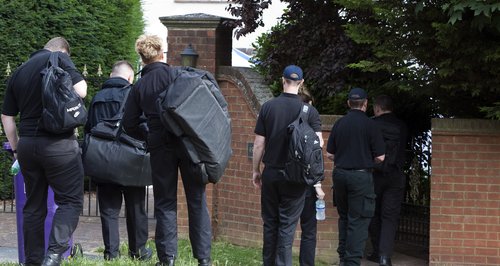 The 55 year old man from Royston in Herts who arrested yesterday in connection with the disappearance of children's author Helen Bailey has been released on police bail pending further inquiries.

Helen went missing with her dog Boris three months ago,on Apri 11, from her home in Royston.

The man, who was arrested on suspicion of murder, disposing of a body in a manner likely to obstruct the coroner and suspicion of theft of money belonging to Helen Bailey, is due back at a Hertfordshire police station in August.

Searches of Helen's home in Royston are continuing. The searches at her holiday home in Broadstairs, Kent are complete.