An investigation's begun after reports of a sexual assault on board a National Express coach - where the victim got off the bus at Milton Keynes.

Thames Valley Police have now released CCTV images of a man they want to speak to about what happened.
Police say:
"At around 9.30am on 22 March, the 20 year-old victim boarded a Newcastle-upon-Tyne to London National Express 425 coach.
During the journey, the victim had fallen asleep. She woke up and became aware of the offender’s hands appearing around her seat, which then sexually assaulted her over her clothing.
The victim disembarked from the coach at MK at 1.30pm."
Police would like to speak to the man shown in the CCTV images as he may have information which could help with the investigation. 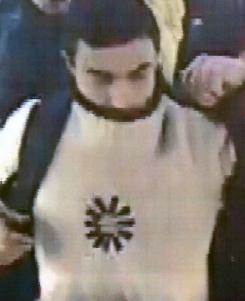 If you have any information about the incident please call the 24-hour Thames Valley Police enquiry centre on 101.
If you do not want to speak directly to the police you can contact the independent charity Crimestoppers anonymously on 0800 555 111. No personal details are taken, information is not traced or recorded and you will not go to court.