A half-built 4 storey building on one of the construction sites in Milton Keynes has been destroyed by fire this afternoon.

Bucks Fire and Rescue were called to the yet un-named road in Oakgrove this afternoon, with 25 fire-fighters at the scene. 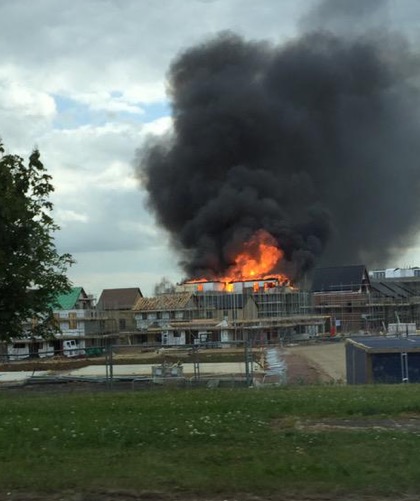 A short while later, it was reported the whole building was on fire; now we're hearing it's been razed to the ground.

More shots, these from @BeCloudess 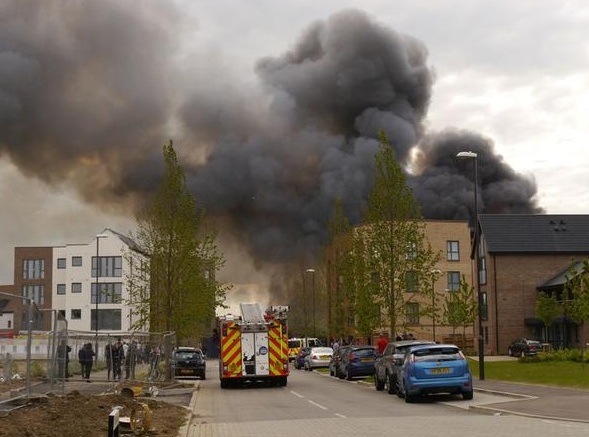 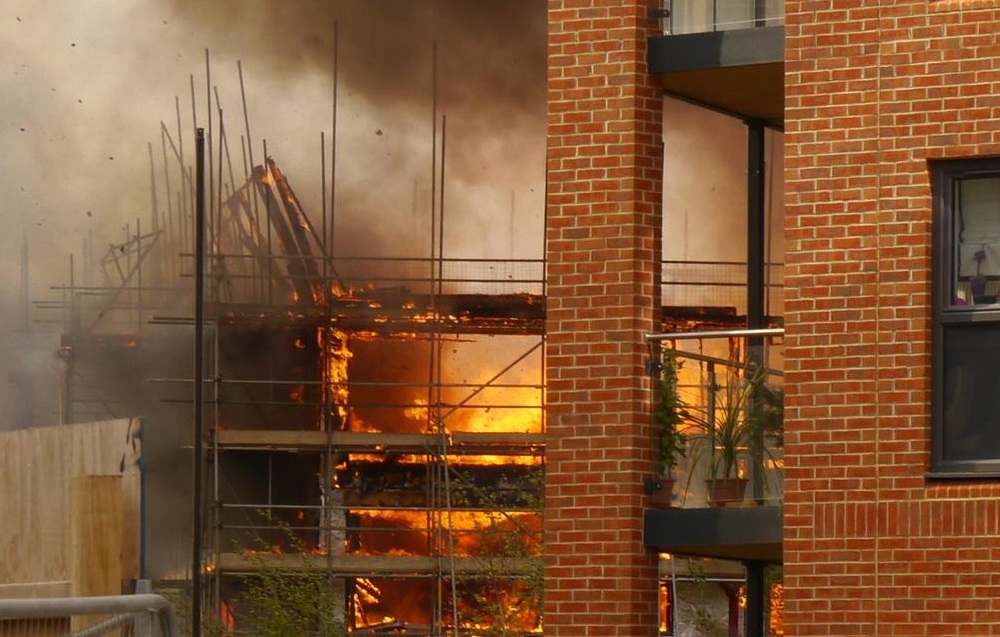 From Bucks Fire & Rescue: Fire described as "well under control" and attendance can start to be scaled down soon. Overnight presence likely. One of the issues to be dealt with concerns two sections of brickwork which have been left unsupported by the fire