Police in Milton Keynes are asking for help in finding a 26 year old man, who's wanted on recall to prison.

Andy Gillan has breached the terms of his licence and it's thought he is still in the Milton Keynes area. 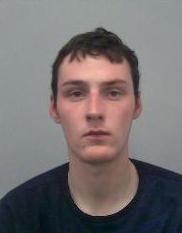 Despite enquires to trace him, officers haven't yet found him and are asking anyone who knows where he is to call them.

If you have information or if you see him you can contact Milton Keynes Local CID at Thames Valley Police on either 101 (or 999 in an emergency).

If you don't want to speak directly to the police you can contact the independent charity Crimestoppers anonymously on 0800 555 111.