Thames Valley Police is appealing for the public’s assistance to trace a man who is wanted in connection with an attempted murder in Milton Keynes.

Officers would like to speak to Farai Kambarami, aged 25, (pcitured) as he may have information which could help with the investigation

At around 8.10am yesterday (22nd Aug), the victim, a 34 year-old woman, was driving in Saxon Gate East in central Milton Keynes in a black Vauxhall insignia when a second car, a black Honda CR-V with registration BT57 OFE, collided with her vehicle.

The victim pulled into the car park of the Civic Offices and was followed by the Honda CR-V car which had collided with her vehicle.

A man got out of the car and attacked the woman with what is thought to have been a knife.

The victim sustained stab wounds to her throat and arm.

The offender then stole her keys and mobile phone and left the scene in his car.

The victim was taken to Milton Keynes General Hospital for treatment and she remains in hospital in a stable condition.

"I would like to hear from anyone who has any information about Farai Kambarami’s whereabouts. He has links to London, Surrey, Portsmouth and Wolverhampton.

We do not believe Farai Kambarami to be a risk to the wider public, but I would ask anyone who sees him not to approach him and instead to contact police as a matter of urgency.

We believe that the offender drove in the car towards London / Surrey areas, and I would like to hear from anyone who saw the black Honda car matching this description after yesterday morning.

This incident happened in a very public place and there would have been people arriving at work or visiting central Milton Keynes around this time of morning. If you saw or heard anything, no matter how insignificant it may seem to you, please contact me as soon as possible.”

"Members of the public may well be distressed to hear the news of this upsetting incident which happened in the centre of Milton Keynes. I would like to reassure anyone who has any concerns that this was an isolated incident and we believe the victim is known to the offender.

The victim and her family are being supported by officers and are being kept updated as the investigation progresses.

Officers are in the area making enquiries and I would encourage anyone who has any concerns or any information about the incident to speak to them.

A member of the public assisted the victim after she was attacked and I would like to thank her for her actions. She is an example of the kindness and courage that exists in our community, which is important to remember in the aftermath of this incident." 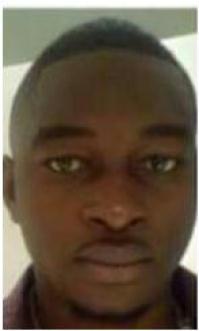 If you have any information about the incident please call the 24-hour Thames Valley Police enquiry centre on 101. If you see a man matching Kambarami’s description, please call 999. If there is immediate danger or in an emergency, always call 999.