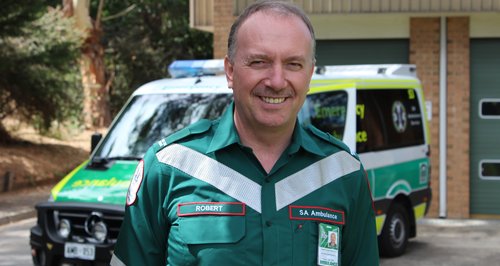 The East of England Ambulance Service NHS Trust (EEAST) has today announced that Robert Morton has been appointed as its new Chief Executive.

Robert said: "I am thrilled to be the new chief executive and very much look forward to working with my new EEAST colleagues. The service has been through some very difficult and challenging times over the last few years, but I am confident we can build on the good work that Anthony Marsh has put in place to further improve our services for patients and at the same time make this a even better place to work."

Trust Chair Sarah Boulton said: "I am delighted Robert is going to lead our trust as we look to make further improvements to the service we give to patients. Robert is an experienced ambulance chief executive who will be able to connect immediately with frontline staff and volunteers thanks to his paramedic and volunteering background."

Sarah continued: "I would like to pay special thanks to Anthony who has worked tirelessly to rebuild the service since last January. Thanks to this work, we are now in a position to take the next steps on our journey, building a better service for patients and staff."

Robert will take up the chief executive post on 24th August.