Four homeless street drinkers who were invited into the home of a Northampton man who they then savagely killed and partially dismembered have been jailed.

A jury found Hallett, Catlin, and Kane guilty of murder. The three have each been sentenced to life and will serve a minimum of 18 years.

Mr Cuthbertson was found guilty of manslaughter and jailed for seven and a half years.

On Tuesday, 14 June, 2016 at just after 5pm, officers attended 24 Patterdale Walk, Boothville, where they found the body of 56 year-old David Miller in his bedroom.

During the trial relaying what officers discovered after entry to the flat, Peter Joyce QC for the prosecution said:

"He had been the victim of a brutal and sustained assault in his bedroom and had died of a stab wound to his heart. His body had been covered in porridge oats as well as the ashes of his own mother."

During the investigation, detectives discovered a series of items that had been used as weapons on David’s body including, a cork screws, different types of knives, broken glass, an angle grinder, scissors, rolling pin, chisel and a saw.

The prosecution case stated all four defendants had been involved in the attack which had taken place during the  evening of Friday, 10 June and into the hours of the Saturday.

But over the next four days, they made crude attempts to butcher and dispose of David’s body.

The jury were told how David, who was well known and liked in Patterdale Walk, had been friends with Catlin for a few years. 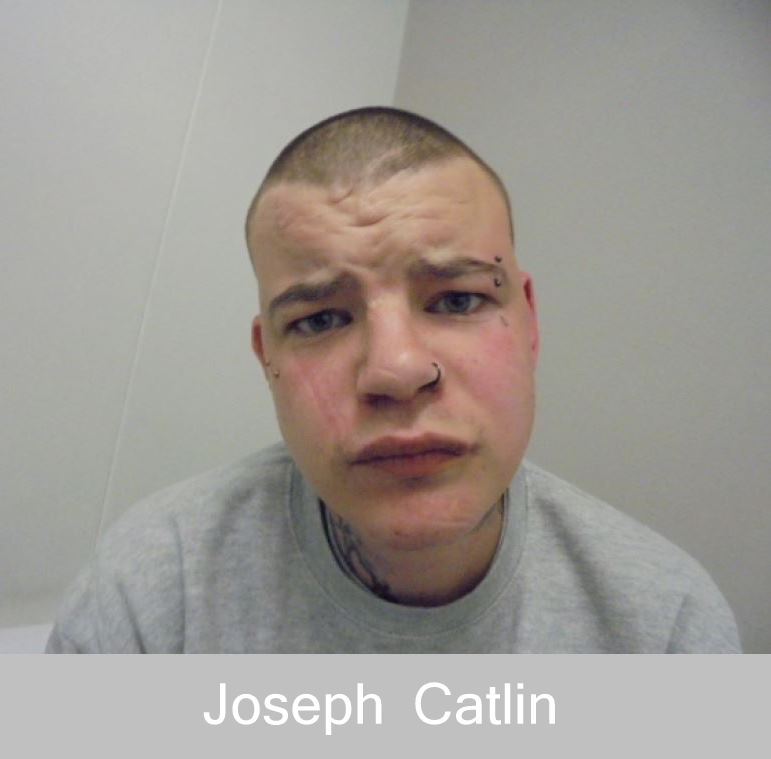 Catlin, who had drink and drug issues with long spells of being homeless, and had been allowed by David to stay in his flat.

CCTV footage shown to the jury revealed the movements of the defendants before and after they had killed David, including an image of Kane where she could be seen wearing white shoes before David was killed and then red shoes afterwards.

Pathologist, Dr Stuart Hamilton, gave evidence that David had suffered 15 stab wound to his back and a number to the front of his body including the fatal stab to his heart.

The gang were arrested after officers attended an incident in Northampton Market Square at around 3.30am on Tuesday, 14 June.

Officers on the scene were confronted by a drunken Hallett who said he wanted to be locked up. When asked by the officer why, he responded, murder. He said that it was a man called David and that he had been chopped up. 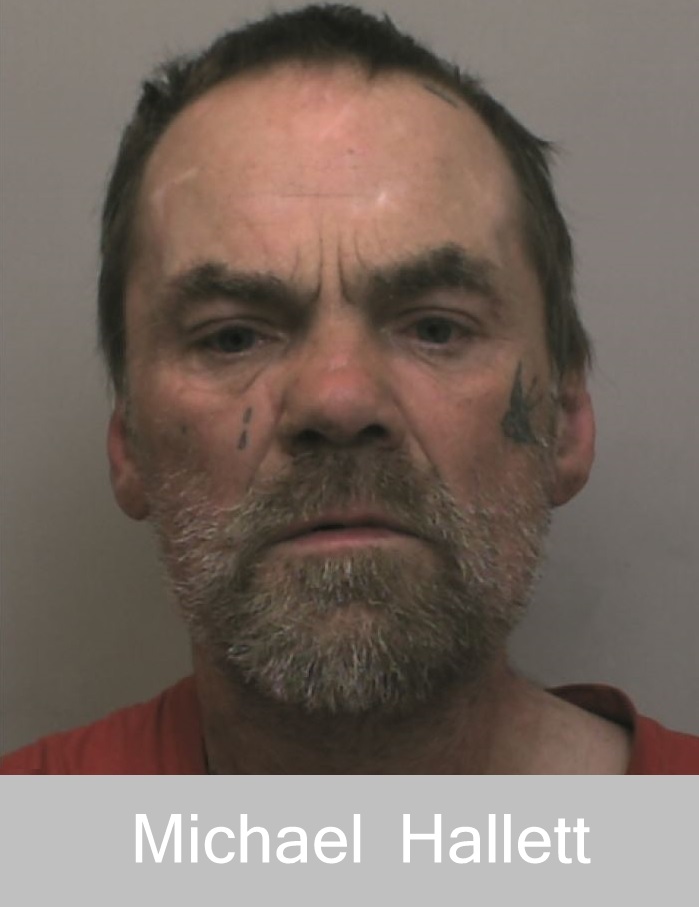 The officer was unable to get Hallett to give an address. He was then put into a police car and instructed to direct officers to the location.

After officers forced entry to David’s flat, Hallett was arrested and the remaining defendants were subsequently arrested that day. 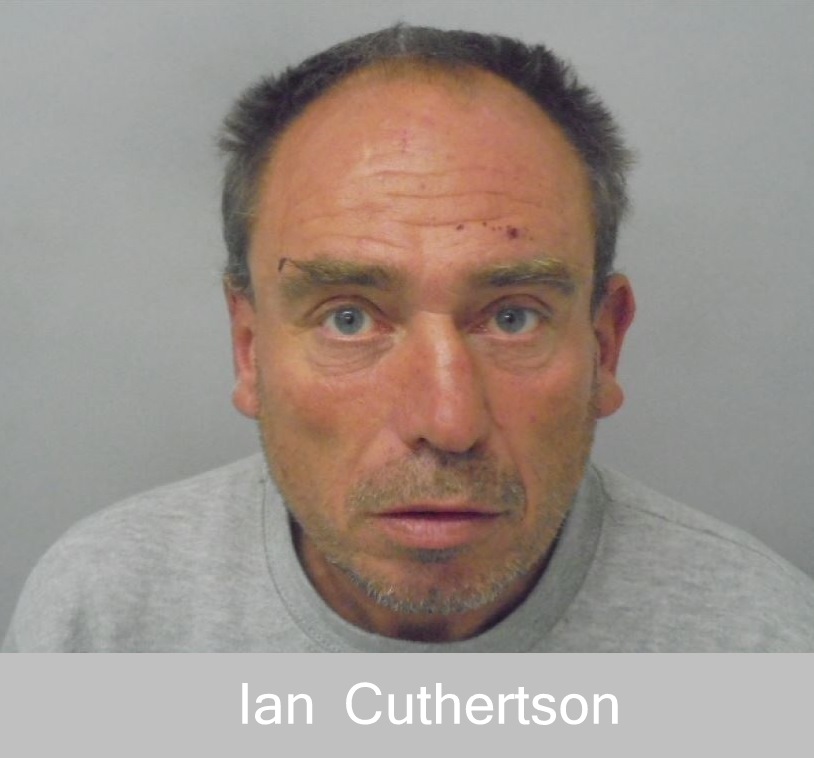 Cuthbertson argued while he had been in the flat, they had all taken a load of pills and that he had fallen asleep on the coach and had no knowledge of what happened. 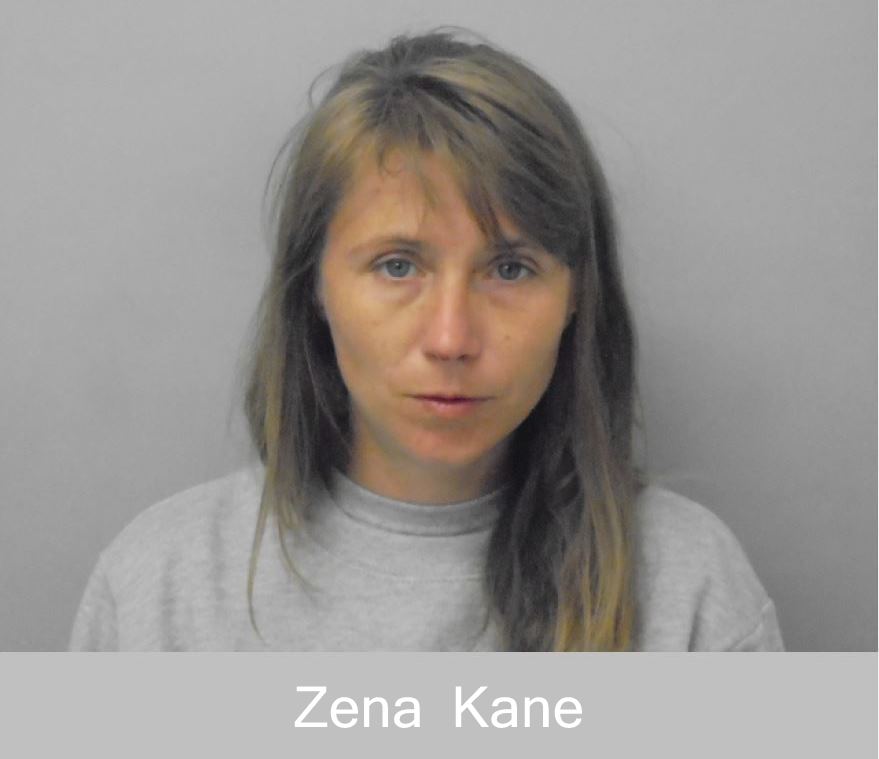 Kane gave an account that she did not see the assault and that she was in the living room but too afraid to go into the bedroom or intervene.

Catlin claimed he hadn’t been in the flat for two weeks and had no knowledge of the murder.

BRUTAL KILLING OF A VULNERABLE MAN

These four defendants all took part in the brutal killing of a vulnerable man in his own home and then spend days trying to cover up their actions.”

"These four people preyed on a vulnerable member of the community, someone who was known and liked by his neighbours.

They worked their way into his home and took advantage of his good nature. The depravity in what they did to him is unimaginable. And instead of coming forward, they tried to cover up their actions and then lied about their involvement.

This was a challenging investigation for all those involved and I would like to thank the officers for their hard work. I would also like to thank all the witnesses who came forward and provided evidence, many of them in challenging circumstances.

While nothing could alleviate the pain caused by this crime to the family of David Miller, I hope this verdict means they can get some form of closure in their lives.”

"We as a family are devastated by the horrific murder of our brother David, and the appalling things that happened to his body following his death.

David was a generous, loving, caring person who has never harmed anyone.

His brutal killers heartlessly exploited David's vulnerability, and we as a family will never forget what has been done to David, and the desecration of our Mother's memory."