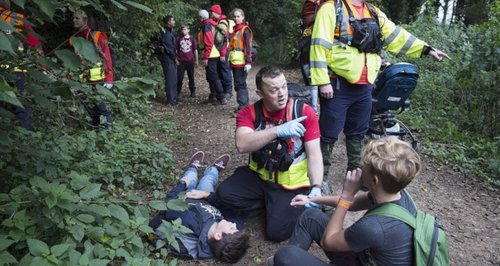 Emergency response organisations including police, fire and Northants County Council’s emergency planning team will be put to the test today with a simulated plane crash.

The mock incident has been organised by Northamptonshire Emergency Response Corps, a voluntary organisation that will bring together the various agencies involved in emergency planning in the county.

The simulation will take place at Tresham College in Kettering, with a secondary ‘incident’ at Cransley Reservoir.

Exact details about the exercise are being kept under wraps in order to accurately test the agencies’ emergency response, but the locations are being revealed to let members of the public in the area know not to be concerned.

"Exercises such as this are an important part of our emergency preparedness as it enables all the agencies involved in emergency planning to learn and improve their plans and capabilities to deal with an emergency.

The training exercise will unfold like a real emergency situation, testing agencies’ abilities to cope with casualties, search and rescue, and communicating key information.

We’re grateful to all the agencies who have committed to take part, as well as the many volunteers who are giving up their time for free to help us stage the event."