Police are appealing for information after an attempted ram raid in Leighton Buzzard today.

At approximately 3am this morning, a JCB was driven into Santander bank in Hockliffe Street, in an unsuccessful attempt to steal the cash machine.

Detective Sergeant Tom Hamm, investigating, said: “We believe at least four offenders were involved in this audacious attempt to retrieve an ATM. Fortunately they were unsuccessful and fled the scene empty-handed along North Street, in what is believed to be either an Audi or a BMW.

“We have a number of officers working to help find those responsible, and we’re calling on the public to help us. The JCB is believed to have been stolen recently in Leighton Buzzard, and to see one being driven around late at night is quite unusual so if you have witnessed this recently we’d encourage you to get in touch.

“We’re also appealing for business and home owners in the vicinity of the incident who have their own CCTV to send it in to us, in the hope it may have captured those responsible.” 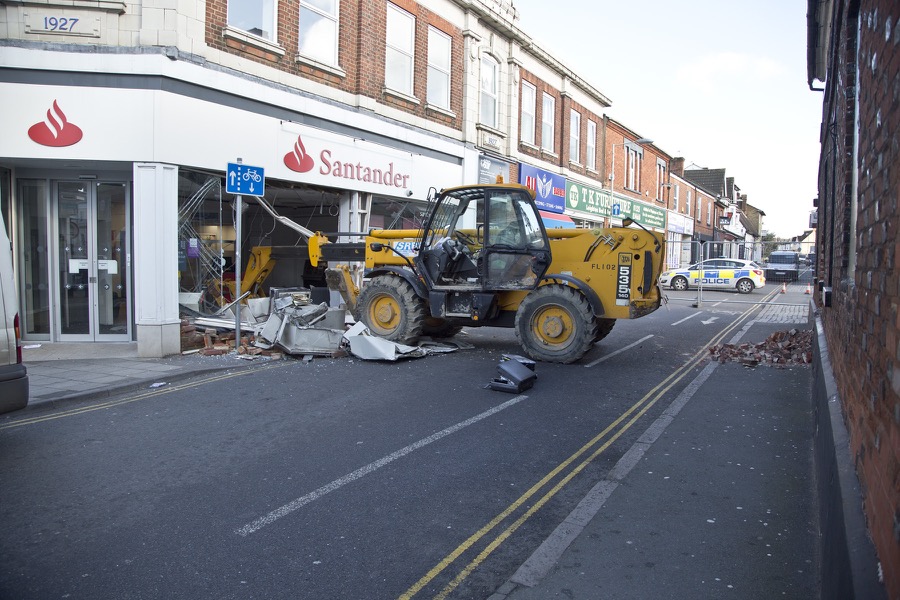