To mark 100 years since the end of the World War One residents in the Bedfordshire town of Sandy can sponsor giant poppies which will be put up in the lead-up to Remembrance Day.

Mayor Councillor Michael Scott and Councillor Susan Sutton, President of the Sandy Branch of the Royal British Legion, were joined by Tracey Crossland of Mama's Coffee Shop, who has sponsored one of the lamppost poppies, to launch the initiative.

The lamppost poppies will help 'bring life' to the route of the annual Remembrance Day procession and provide an opportunity for the town to remember and thank all those involved in the war effort.

The public, local companies and organisations are invited to sponsor poppies to help the town commemorate 100 years since the end of WW1.

Sponsors are invited to leave a message of remembrance which will be recorded on the Town Council's website. 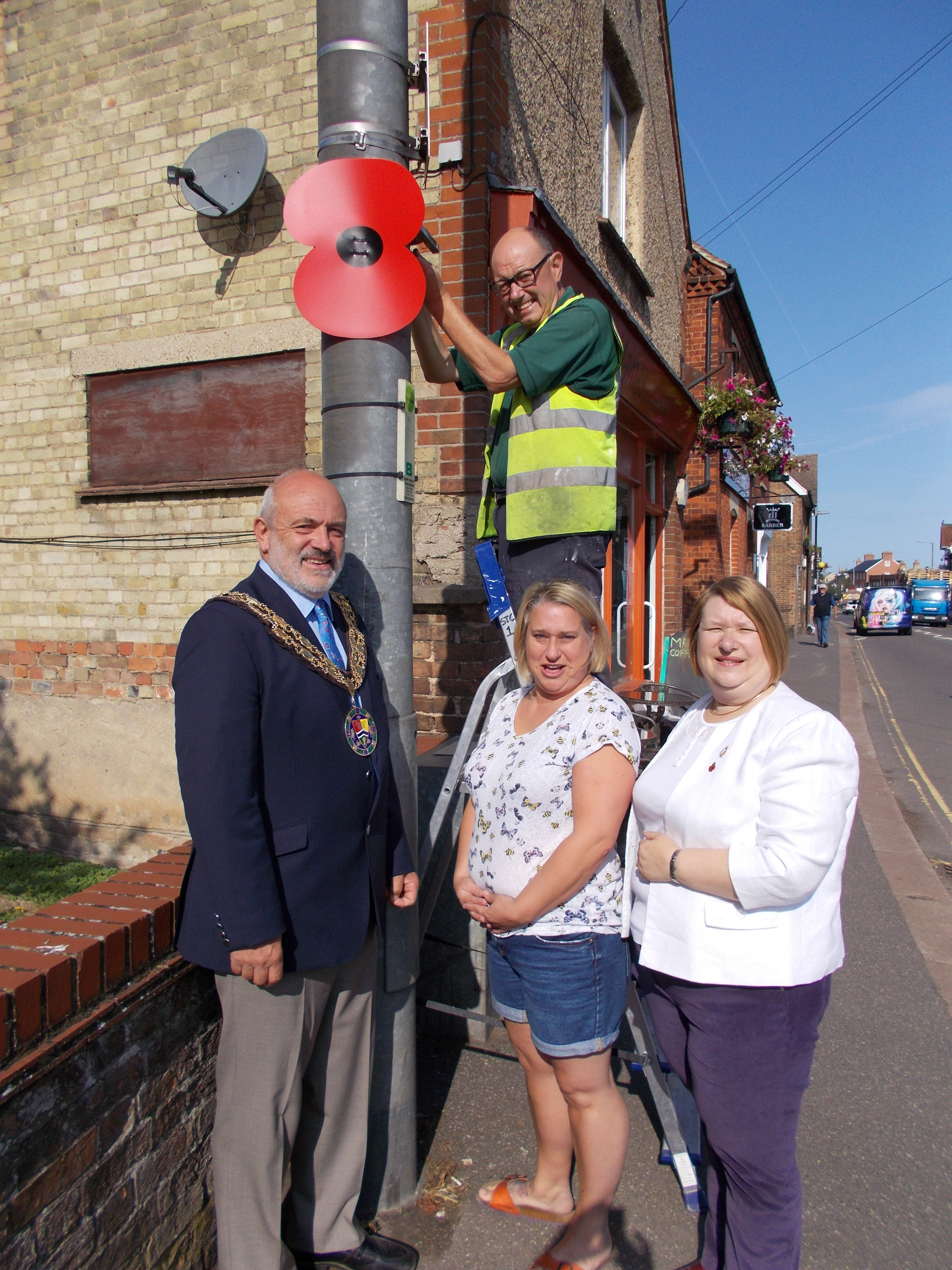 The Council says it's already received a great response from the community, with people coming forward with sponsorship and personal messages.

The Town Council says if anyone would like to sponsor a poppy, visit sandytowncouncil.gov.uk or visit the offices at 10 Cambridge Road, Sandy.

As part of its commemoration activities the Town Council will also be taking part in a Nation's Tribute on 11th November, which will see a beacon lit in a national act of remembrance.

They'll also be a series of historical talks on WW1 at the Council offices at Cambridge Road. The final two talks in the programme are to be held in October and November at 7:30 pm in the Council Chamber.