Police in Milton Keynes have released another photo of a man who's been missing for more than two weeks.

Mr Williams, who lives in Dorset, is described as white, slim, 6ft, with grey/black hair which is thin on top and longer at the sides. He was last seen wearing black shoes, black trousers and a black zip-up cardigan. 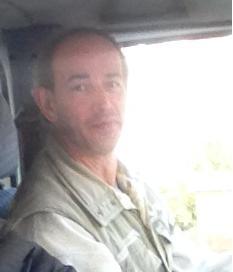 He is believed to have been carrying a duffle bag, which was possibly green.

Gary had been on a night out with work colleagues at Pink Punters in Watling Street, Milton Keynes, on 20 March. He left the club at 2.24am with a colleague, and was seen getting a taxi from the BP garage in Fenny Stratford, Bletchley, at 2.56am.

They arrived at the Travel Lodge hotel and both men went to their separate rooms. He was seen on CCTV leaving the hotel alone at 3.51am.

Det Ch Insp Vince Grey, from Local Area CID in Milton Keynes, said: “We are very concerned about Gary, as he has been missing for nearly a fortnight.

“We received a call from a woman several days ago, which we believe was made from Preston, in Lancashire, reporting an unverified sighting of Gary however I would urge this person to call police back via 101 as we would like to speak to her again.

“If anyone else has any information or has seen anyone matching the description of Mr Williams please call police as soon as possible as his family are extremely worried about him.”

Anyone with information about Gary’s whereabouts is asked to contact the 24-hour Thames Valley Police Enquiry Centre on 101 quoting URN 862 20/3.