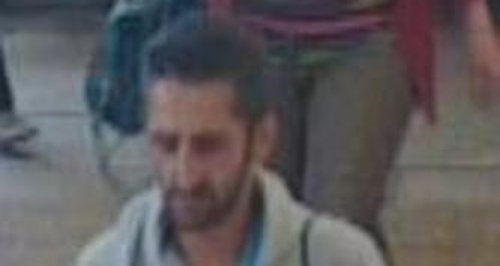 British Transport Police officers want to speak to a man they've released a picture of following a series of bike thefts at Hertfordshire train stations over a fortnight in June.

PC Alexander Norstrom said: “We are investigating thefts at Bushey, Carpenders Park and Watford between Friday, 12 June and Friday, 26 June.

“Bicycles worth around £450 were taken, and I believe the same person is responsible for all four thefts.”

The first bike was taken at Carpenders Park. That was followed by a theft at Bushey on Tuesday, 16 June, before the thief moved on to steal a bike from Watford on Thursday 25 June. The last theft took place the following day at Bushey.

CCTV images from the stations concerned have been circulated on police intelligence networks, and officers are today releasing an image of a man who they believe can help with their enquiries.

PC Norstrom said: “I’m asking the public to let us know if they recognise the man in the picture.

“I am confident he has important information about these thefts. Please tell us who he is.”

This investigation is part of Operation Wiggins, a national effort by BTP to tackle the theft of bicycles from railway stations.