Northants Police were first called this afternoon to Earl Street to the scene of a large hole that had opened up.

The road's been closed as the hole gradually got bigger through the afternoon, right next to the old Chronicle and Echo building, now an empty demolition site.

The road's been cordoned off and Anglian Water has told Heart six adjacent properties have had their water cut off because of it.

Engineers are on scene this evening (Thursday 23rd) and have already started working, but we're told it could be days before repairs are completed.

A spokesman said: "we don't know what caused the hole to appear, and yes, it sounds cheesy, but we are looking into it." 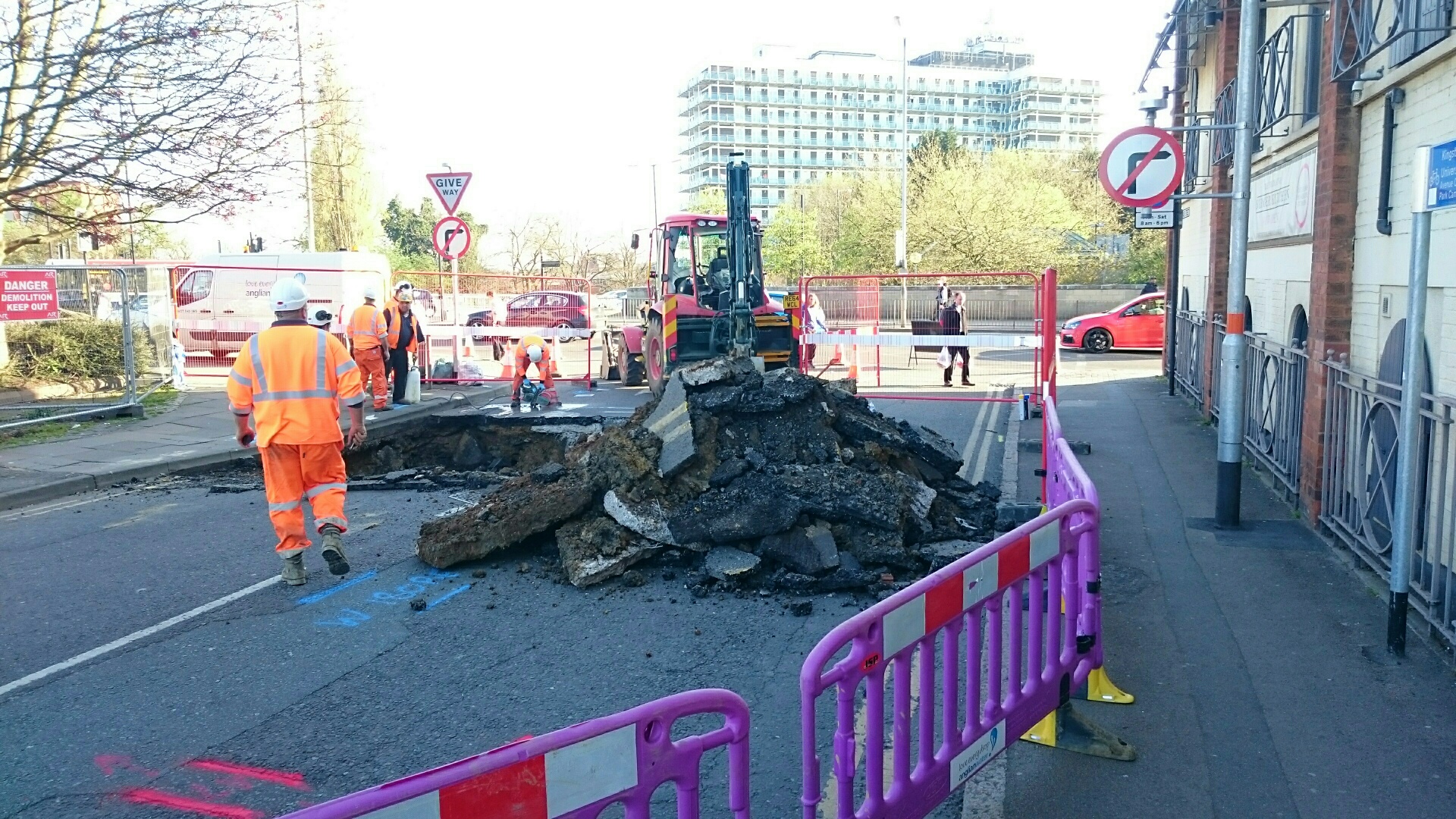