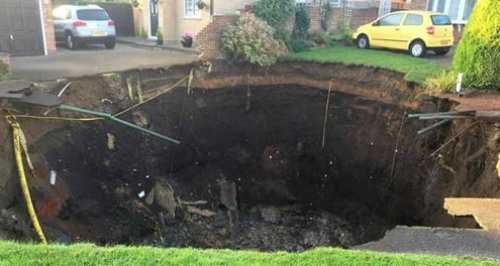 Some 14 months since two quiet roads in St Albans had an emergency evacuation from a giant sinkhole - and the road has fully re-opened today.

The cavity - some 12 metres wide and 10 metres deep - opened in Fontmell Close in the early hours of 1st Oct 2015, leaving 52 properties without gas, electricity and water supplies.

Hertfordshire County Council and its highways contractor, Ringway, worked to make the area safe, filling the hole with 48 lorry loads (535m3) of foamed concrete. A temporary access road was created with a shuttle service ferrying residents between the temporary car pak at the old fire station site and the end of Bridle Close.  Dealing with the immediate impact on residents, St Albans City and District Council arranged shelter and found temporary accommodation for a number of displaced residents.

Before a permanent repair could be carried out, investigations into the cause of the hole were needed. A full survey of the ground took place to establish the cause of the collapse and, more importantly, if there were further issues that needed to be addressed. Expert investigators found that ancient chalk excavations in the bedrock beneath an historic clay pit on which the area was built was the most likely explanation for the sinkhole.

Once it was established that there was no further cause for concern, work began to reconnect the utilities to affected homes and then reinstate the road. The county council called on utility companies to work together closely to reconnect services as quickly as possible: Thames Water rebuilt their sewers; Affinity Water completed their repairs to water mains; National Grid re-established gas supplies; UK Power Networks restored electricity; and BT and Virgin installed phone and cable television connections.

"I'm delighted that we've reached the stage where this nightmare is almost over for residents and they can resume their normal lives. We appreciate it has taken some time to get to this stage, but we owed it to residents to make sure the area is safe, which it is, and that the reinstatement job is done properly. We are very aware that this has been an extremely stressful time for the residents and it is good that they can start returning their lives to normal."

Residents of Fontmell Close and neighbouring Bridle Close will welcome the return to normality and with a reopening ceremony at 2pm on Saturday (3 December).

One year-old Finley Bagshaw, whose expectant parents Ben and Gemma were evacuated from their home immediately following the collapse, will help the Mayor of St Albans cut the ribbon before he returns to the family home for the first time.

The Mayor of St Albans, Cllr Frances Leonard, who will be joining the residents for the opening, said:

"This is a joyful day for the residents of Fontmell Close and Bridle Close. I know that it's been a very difficult time for everyone. Looking back, I have been particularly impressed by the way people have worked together to make the best of things and look after each other. I'm also pleased that the various agencies have been able to work together to ensure that the road reopens before Christmas." 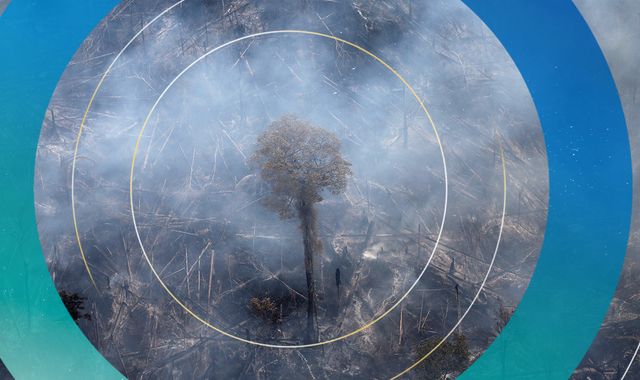