A number of imitation firearms have been seized by officers in Stevenage after pictures of teenagers posing with the weapons were posted on social media.

The youngsters have all been identified and spoken to by officers and additional searches have been carried out.

The weapons were seized from an address in the town on Tuesday (Aug 28th).

The imitation firearms are all airguns, which fire small soft pellets, but look like real firearms to the untrained eye.

“I would like to send a clear message to those who engage in this type of behaviour – that it won’t be tolerated in Stevenage.”

Using imitation firearms to intimidate others or commit crime is an offence and you could end up with a criminal record and serving a prison sentence.

Any report we receive that involves a firearm being seen or used will always be dealt with by means of an armed response. Many imitation firearms look like the real thing and our officers have to respond accordingly.

Clearly the aim of the photos posted on social media was to instil an element of fear into those viewing the account and I want those involved to understand that this is very dangerous behaviour.“

You can report information via the non-emergency number 101, or online.

Alternatively, contact the independent crime-fighting charity Crimestoppers, anonymously, on 0800 555 111 or through their Anonymous Online Form.

No personal details are taken, information cannot be traced or recorded and you will never need to go to court. 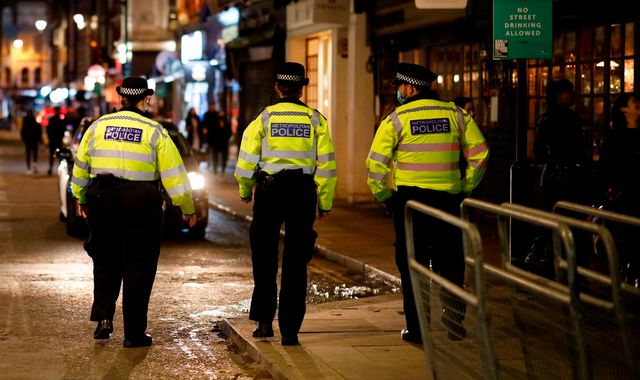 Violence against police 'getting worse', federation warns - as officers killed on duty are honoured