Hertfordshire Police are appealing for information and witnesses following a sudden death in Stevenage.

Police received a call at 8.31pm on Friday, October 5, to reports of concern for the welfare of a man in Verity Way,
Stevenage.

Officers attended along with the ambulance service and the man, in his twenties, was taken to hospital.

The man died the next morning.

Officers are making enquiries into the circumstances of his death, but its not believed to be suspicious at this stage.

"I would like to hear from anyone who believes they might have seen the man in the area on Friday evening. He was wearing a white t-shirt and grey jogging bottoms.

We understand that a car stopped on Derby Way at the time the man was found and I would like the occupants of the car to get in touch. The car is described as gold or brown, box-shaped and had its hazard lights flashing.

We also understand that two people were jogging in the area at the time and I am appealing for those people to also get in contact, as they could have vital information that will help us, along with the occupants of the car.

If you can help please get in touch with me via the non-emergency number 101  or through email at karen.dewar@herts.pnn.police.uk, quoting ISR 895 of October 5.”

You can also report information online at https://www.herts.police.uk/Report.
Alternatively, you can contact the independent crime-fighting charity Crimestoppers anonymously on 0800 555 111 or through their Anonymous Online Form at www.crimestoppers-uk.org. No personal details are taken, information cannot be traced or recorded and you will never need to go to court. 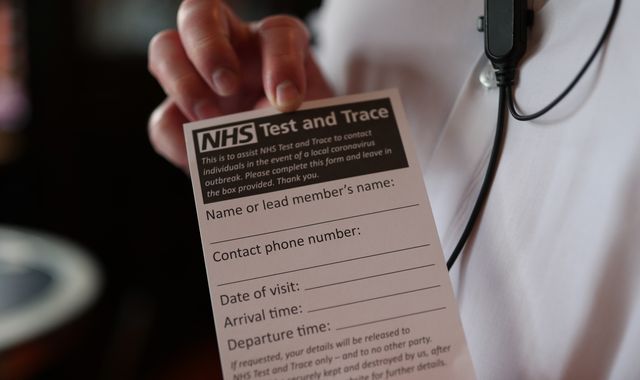 Coronavirus: Untrained staff take on contact-tracing jobs as Test and Trace struggles to cope with rise in cases