Two 14 year-old boys have been charged over an attack which left a football fan from Hemel Hempstead with serious head injuries.

West Midlands Police said they have also charged four men over the assault on Watford fan and father-of-two Nic Cruwys (pictured) in Wolverhampton on March 7.

Mr Cruwys has been undergoing intensive rehabilitation care since he was set upon but has been left with potentially life-changing injuries.

The 44 year-old was attacked in Little's Lane as he walked back to the city's train station with friends, having earlier watched Watford draw with Wolverhampton Wanderers at the city's Molineux ground.

The charges come following a lengthy investigation which has seen a total of 13 teenagers and men questioned over the attack.

The two younger teenagers have also been charged with the same offence.

Meanwhile, another man and a youth remain on bail while five others will have no further action taken against them.

"I would like to thank everyone who has come forward with information following the various appeals we have made during this investigation.

Our inquiries are not yet over and we are still working to get justice for Nic and his family as they continue to help Nic on his road to recovery." 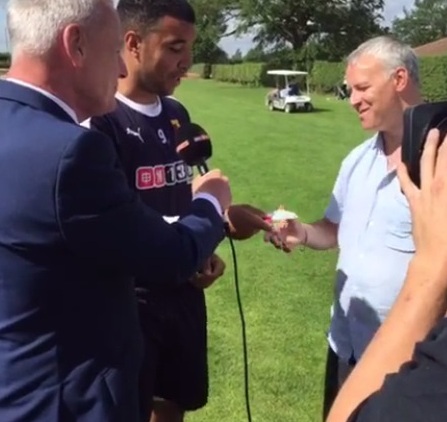