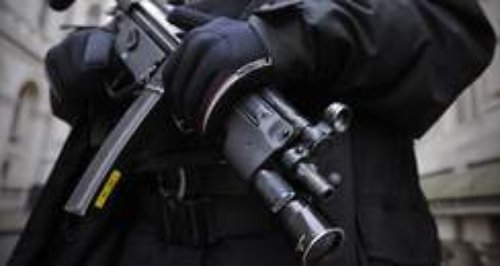 Three men from Hertfordshire and Bedfordshire have been arrested on suspicion of being involved in the commission, preparation or instigation of acts of terrorism.

Officers from the Metropolitan Police's Counter Terrorism Command (SO15) swooped on the men yesterday afternoon.

A man in his 20s was arrested at a business address in Letchworth, Hertfordshire.

And two men - one in his 20s and the other in his 30s - were arrested shortly after at two separate residential address in the Luton area in Bedfordshire.

Searches are under way at two addresses in the Luton area as part of the investigation.

The Met Police said the arrests and searches are part of an ongoing investigation into Islamist-related terrorism.

Bedfordshire Police and the Eastern Counter Terrorism Intelligence Unit assisted on the operation.

The Met's Specialist Firearms' Command also assisted with one of the arrests, although no shots were fired.