Builders' merchant and Wickes DIY chain owner Travis Perkins is to close more than 30 branches in a move affecting 600 jobs.

Travis Perkins warned that job losses would fall across its trade brands, such as Travis Perkins, Benchmarx, and plumbing and heating businesses BSS and PTS.

The company based in Dallington in Northampton, hopes to relocate some of the 600 staff involved.

Travis, which employs 28,000 staff, said that, as well as shutting branches across the trade businesses, it is also closing 10 smaller distribution centres and putting its heating and plumbing division under review.

Its retail chains Wickes and Toolstation are not affected.

The overhaul comes as Travis Perkins warned over full-year profits amid "uncertain" trading.

It said underlying earnings would be slightly lower than expected this year, while it also cautioned over the outlook for 2017.

Shares dropped 7% after the profit alert.

"It is still too early to predict customer demand in 2017 with certainty and we will continue to monitor our lead indicators closely.

Given this uncertainty we will be closing over 30 branches and making further efficiency-driven changes in the supply chain, resulting in an exceptional charge of £40-50m this year.''

The group, which has 2,060 branches group-wide, said the heating and plumbing arm will see the bulk of the branch closures after a "disappointing" performance in the third quarter and in the face of worsening trading conditions.

It will report back on its review of the division next year.

But it said its general merchanting business saw better trading in the quarter, while Wickes and Toolstation and its contracts businesses put in "very strong performances".

Travis is just over halfway through a five-year overhaul of the group, which is seeing it shut unprofitable stores and expand in better performing areas.

It hired 4,000 staff and opened 20 new branches this financial year, while it has re-fitted 50 Wickes stores as part of a revamp of the chain. 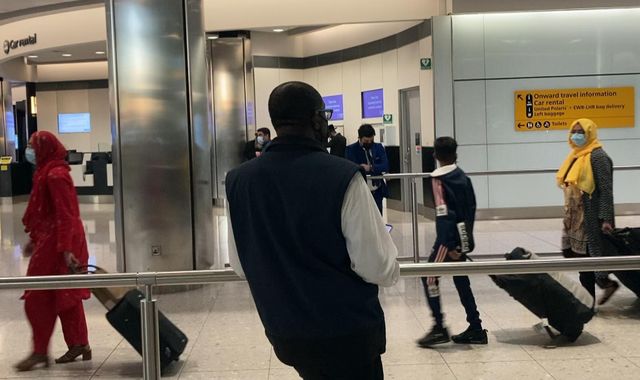