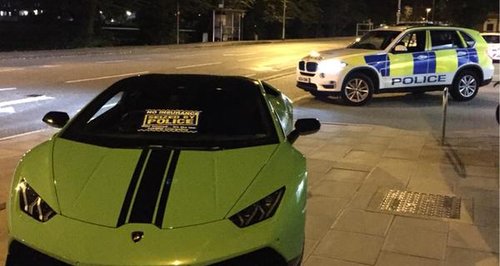 An expensive sportscar has been seized in Luton because it wasn't properly insured.

The driver was stopped on 9th August after the Lamborghini Huracan was seen without a front number plate.

It was then found to not be insured for that driver.  They were reported along with the hire company and car owner.

The car's now being held for two weeks and if the right documents can't be shown it'll be sold.