A First World War hero, born and bred in Watford, is being commemorated today.

A First World War hero, born and bred in Watford, is being commemorated today.

Major General Pearkes was born in 1888, where he lived over the draper’s shop run by his family in Watford town centre.

After emigrating to Canada, where he joined the Royal Mounted Police, Major General Pearkes enlisted as a private in the Canadian Mounted Rifles in 1915.

He came to Europe to fight in the First World War and by 1917 he was leading a Canadian unit in the Battle of Passchendaele.

It was here that he was awarded the Victoria Cross, Britain’s highest service award for gallantry, for leading attacks on the German lines on 30-31 October.

He won plaudits for his conspicuous bravery and skilful handling of the troops under his command, despite having been wounded.

After the war, Major General Pearkes returned to Canada where he continued his military career.

With the outbreak of the Second World War, he returned to Europe as a Brigadier in command of a Canadian Infantry Brigade. Returning to Canada in 1942, he was made responsible for Canada’s west coast defences.

He retired from the army in 1945 and went into federal politics. He served in the Canadian federal parliament from 1945 to 1960, representing constituencies in British Colombia. In 1958, while serving as Minister of National Defence in the federal government, he visited Watford and a civic lunch at the Town Hall was held in his honour.

While here, he presented to the town a soapstone carving of an Inuit and a polar bear which now takes pride of place in Watford Museum.

In 1960 Major General Pearkes was made Lieutenant-Governor of British Columbia, a position which he held until 1968. He died in 1984, aged 96, in Victoria, British Colombia, and was buried there with full military honours.

Elected Mayor of Watford Dorothy Thornhill said: “We are very proud of Major General Pearkes’ bravery in battle and important role in public life before and after the war. It is with great reverence that I will unveil his paving slab on Monday. Major General Pearkes will always hold a special place in our hearts as a Watford born and bred war hero who achieved a lot during his long life.”

The slab is one of many funded by the Department for Culture and Local Government to commemorate all soldiers who received a Victoria Cross during the First World War. 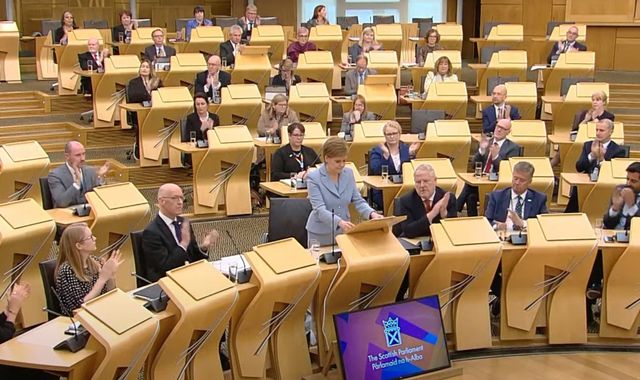