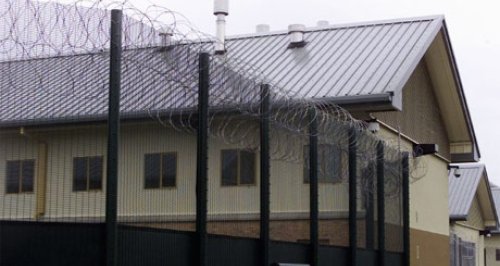 Controversial Immigration detention centre Yarl's Wood near Bedford has been labelled a "place of national concern'' after a scathing report revealed conditions have deteriorated.

Inspectors found dozens of pregnant women have been held at the facility in Bedfordshire against Government policy, while some are being held for more than a year because of "unacceptable'' delays in processing their cases.

In one case a woman had been held for 17 months.

Nick Hardwick, the chief inspector of prisons, called for "decisive action'' to ensure women are only detained as "a last resort''.

He said: "Yarl's Wood is rightly a place of national concern. Other well-respected bodies have recently called for time limits on administrative detention, and the concerns we have identified provide strong support for these calls.''

Yarl's Wood, which held 354 detainees at the time of inspections in April and May, has been beset by problems since it opened in 2001.

The last inspection in June 2013 concluded that the facility was improving, but Mr Hardwick said it has deteriorated.

The assessment by HM Inspectorate of Prisons (HMIP) found:

:: There are too many men working at the centre, which holds mainly women.

:: Care planning for women with complex needs is so poor that it put them at risk and pharmacy services are "chaotic''.

:: Violent incidents have increased, with the number of reported assaults trebling in a year.

:: Almost half of female detainees (45%) said they feel "unsafe'' due to the uncertainty of their immigration status, poor healthcare and having too few visible staff.

:: Four women reported instances of sexually inappropriate comments from staff, one reported "sexual contact'' and one reported comments, contact and abuse in a survey. However, in separate interviews, no women said they were aware of staff being involved in any illegal activity of sexual abuse. HMIP said it did not find evidence of widespread abuse.

:: Most uses of force on detainees were "proportionate'' but inspectors raised concerns about an incident in which an officer repeatedly struck at least two women with his shield as staff attempted to remove a detainee.

Inspectors raised particular concerns about the length of time some women were held for and the detention of vulnerable inmates "without clear reason''.

At the time of the inspection, 15 detainees had been held for between six months and a year, and four for more than a year.

Even though the Home Office's own policy states that pregnant women should not normally be detained, 99 were held at Yarl's Wood in 2014. Only nine were ultimately removed from the UK.

In the previous six months, 894 women were released back into the community - more than double the number (443) who were removed from the UK.

The report said this "raises questions about the validity of their detention in the first place''.

There were some positive findings. HMIP said the facility was clean, most detainees said staff treated them with respect, while recreational facilities and access to the internet were good.

Mr Hardwick said most staff  "work hard to mitigate the worst effects of detention'', adding: "We should not make the mistake of blaming this on the staff on the ground.''

Rt Hon Alistair Burt MP for North East Beds said: "I am very concerned about the result of the HMI unannounced inspection of Yarl's Wood in April this year, released today. Whilst as always there are positive comments relating to a number of aspects of care in the centre, it is worrying and extremely disappointing that previous recommendations for improvement had not been carried out and unacceptable that HMI found that in a number of areas of work the centre had deteriorated. It is essential that this report is acted upon with urgency.

"As the local MP and Minister with responsibility for mental health issues I have asked NHS England for an urgent response to the health issues raised in the report with particular emphasis on mental health, Rule 35 and torture awareness. Bearing in mind the state of many detainees when they arrive at the centre, it is essential that these services are appropriately and knowledgeably staffed to deliver what is required for those for whom the state has removed liberty.

"I shall be supporting Home Office colleagues in their examination of the report and the need for response. I expect to meet with officials, fellow Ministers and representatives of both Serco and G4S very shortly. I think very highly of Nick Hardwick, the outgoing HMI. There is little excuse for Yarl's Wood not to be able to meet the standards he has rightly set."

He added: "The fact that people fleeing war and persecution are being locked away indefinitely in a civilised country is an affront to the values of liberty and compassion that we proudly regard as the cornerstones of our democracy.''

Serco, which has operated Yarl's Wood since 2007, said it was "working very hard'' to increase female staff numbers.

Julie Rogers, of Serco, which has operated Yarl's Wood since 2007, added: "We are pleased that in (the report), they found that four out of five residents said that 'staff treated them with respect' and that they, 'did not find evidence of a widespread abusive or hostile culture amongst staff'.''

John Shaw, of G4S, which provides health services, said the firm is "reconfiguring'' the service to address a "growing number of more complex medical requirements'' at the centre.

He said: "We have prioritised providing primary care and I am encouraged that inspectors have found that access to those services is good.

There are now more GP hours delivered at the centre than ever before and no detainee waits more than three days for a non-emergency appointment.

We are committed to working closely with the NHS to raise the standard of service at Yarl's Wood and improve results for those who require medical care.''