Take That star, Gary, is hoping to see all five girls perform when Prince Harry and Meghan Markle tie the knot in May.

Gary Barlow is secretly hoping the Spice Girls will be performing at Prince Harry and Meghan Markle's wedding in May.

The Take That frontman said he is backing Victoria Beckham, Emma Bunton, Melanie Brown, Melanie Chisholm and Geri Halliwell to reunite following rumours the group are set for a special performance at the nuptials in Windsor.

"They absolutely should get back together," Gary told Heart presenter Kat Shoob after being asked if there was any chance Take That could also take to the stage at the royal wedding.

"Take That gig every year but you know [the Spice Girls] they've had about five years off now! It's about time they did some work!" he joked.

Read more: Global Awards 2018: See Who Walked Away With A Prize! 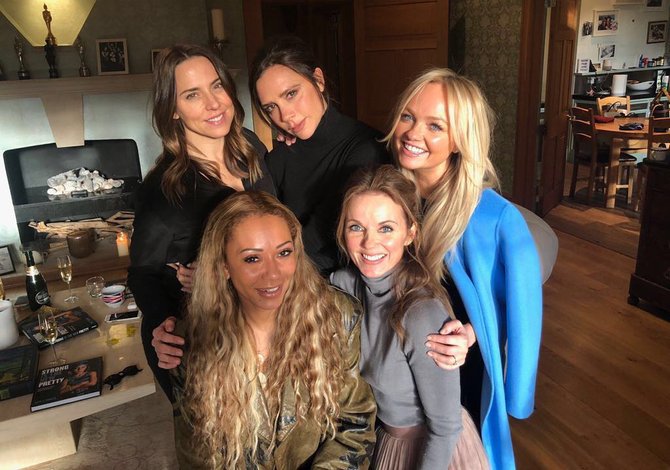 Even though Gary wasn't so keen on the idea of Take That performing for Harry and Meghan, he did admit he would be up for the idea should the Spice Girls and Take That ever decide to join forces.

When asked if the two legendary pop bands would ever make a supergroup, he said: "You know what, we need a mixed group! There hasn't been one since Steps.

Hmmm, the name Take Spice has a great ring to it! We would be here for that!