Eddie the Eagle film based on the life of Gloucestershire’s - Stroud Born, British Ski Jumper!

This image appears in the gallery:
The West Country 2016 Picture Gallery! 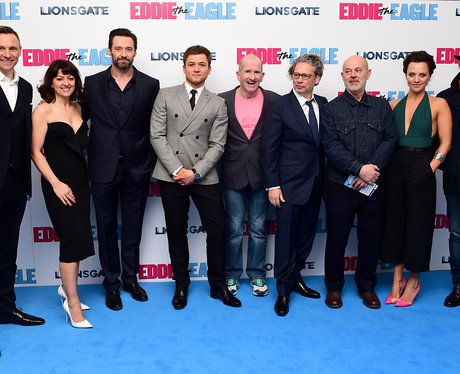 5. Eddie the Eagle film based on the life of Gloucestershire’s - Stroud Born, British Ski Jumper!

Hugh Jackman, Taron Egerton, Eddie "The Eagle" Edwards, attending the European Premiere at Leicester Square, London. Edwards entered the 1988 Olympics as Britain’s only ski jumper. He came last in both the 70m and 90m events, and some skiers were unhappy with the popularity of Edwards, whose dogged determination and position as the underdog attracted many admirers. They accused him of making a mockery of the sport, but the more Edwards lost, the more his popularity seemed to grow.

Sign Up To Race for Life At Home This April