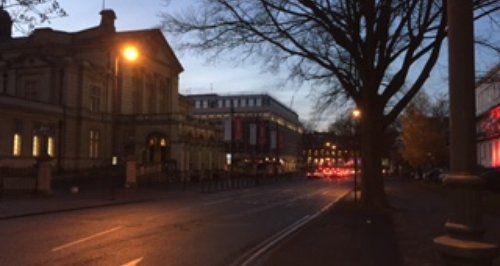 The second part of the Cheltenham Transport Plan is getting underway.

Changes will be made on the northern side of Imperial Square outside the town hall and the section from Rodney Road to The Promenade including the junctions at each end.

Currently one-way the road layout will be changed to two-way to give better access to the Regent Arcade car park from the Gloucester side of town. At the moment drivers coming in from the M5 have to take a 2km route around the one-way system to access the shopping centre.

The changes are expected to be in place before Gold Cup week at the racecourse.

Cllr Vernon Smith, cabinet member for highways said, "The county council is carrying out the road works for the borough council's Cheltenham Transport Plan. We’re doing the work in phases so that motorists can get used to the changes and settle into new travel patterns. We’re also measuring the effects the changes are having for local people.

''By returning Albion Street to two-way traffic between the junctions with St John's Avenue and Gloucester Place, we’ve improved access to the car parks from the east of Cheltenham. Drivers are now doing less miles per trip, fuel is being saved and vehicle emissions are less too.”

The borough council, through the Cheltenham Development Task Force, has been developing a framework for the regeneration of Cheltenham town centre over a number of years.

“We’re pleased that Gloucestershire County Council, our partner highways authority, confirmed the successful implementation of phase 1 on Albion Street which also assists with the delivery of the new John Lewis store. We look forward to the works for phase 2 and apologise in advance for any temporary disruption.”