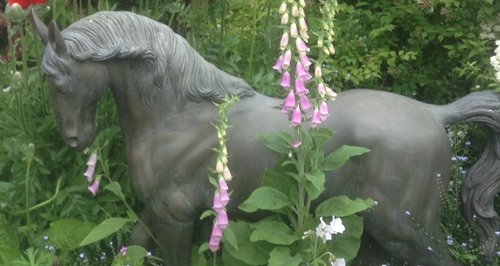 Police are looking for thieves who have stolen a life-size statue of a horse.

The heavy bronze piece of art was taken from a front garden in Dumbleton, near Evesham, while the owners of the house were away on holiday.

Gloucestershire Police were called out on Monday after the victims returned home to find the statue gone.

The exact value is still unknown but it is believed to be worth thousands of pounds.

A spokesman for Gloucestershire Police said; "The victim believes that they would have needed a lorry to take the statue away as it's very heavy and bulky. We are appealing for information and for public awareness should the statue re-appear somewhere."

If any one has any information please contact the force on 101 and quote incident number 96.