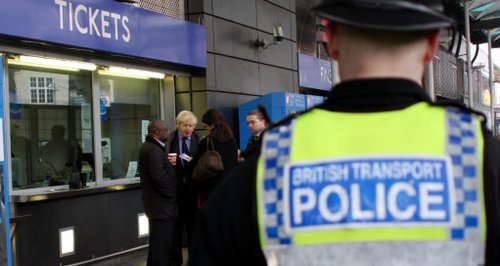 A motorcyclist has died after he was hit by a train on a railway foot crossing near Stroud.

The 37 year old, from Stroud, was treated at the scene but died from his injuries.

A British Transport Police (BTP) spokesman said: Officers from BTP attended the line at Frampton Mansell foot crossing near Stroud, Gloucestershire, on Sunday, 11 May, following a report at 6.46pm that a motorbike had been struck by a passenger train at the crossing.

Medics treated the motorbike rider, believed to be a 37-year-old man from Stroud, at the scene but he sadly died of his injuries. The incident is currently being treated as non-suspicious.

The train involved was a Swindon - Gloucester service. None of the 40 passengers on board the service was injured.

Officers are currently working to establish the full circumstances surrounding the collision and formally identify the man who died.

The Rail Accident Investigation Branch (RAIB) and The Office of Rail Regulation (ORR) have been informed.