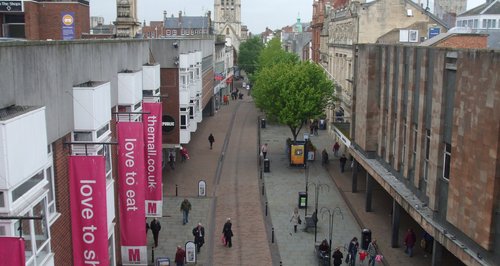 The closure of Eastgate Street in Gloucester will start this Friday, to improve the safety of nightclubbers in the city.

During this time the road will be closed to all vehicles including taxis and private hire vehicles, the only exception will be emergency vehicles.

The taxi rank currently located outside Liquid Nightclub will be relocated around the corner to the front of GL1. The junctions with Nettleton Road and Kings Barton Street will also be closed during the period of the road closure.

Gloucester Police Chief Inspector Richard Burge said: ''The road closure trials in April proved to be very successful and I am extremely glad that the six month experiment is starting before the Christmas and New Year party season. When the road is totally closed to traffic there is a much calmer atmosphere in the city and people leaving the nightclubs at the end of the evening are able to do so safely.''

Cllr Jennie Dallimore, Chair of Safer Gloucester and Deputy Leader of Gloucester City Council said: ''The NightSafe Group has been working for some time now to have Eastgate Street closed to vehicles and this is a major achievement from everyone to have this in place this weekend. Having the closure in place will be important for police resources during this busy time of year and for the safety of those enjoying the evening economy.''