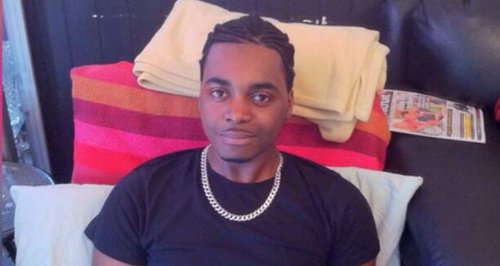 Five people from Bristol have appeared in court charged in connection with the death of Dolton Powell in Gloucester.

The five men appeared at Bristol Court and were remanded in custody until September 23rd.

A 17 year old, also from Bristol, has yet to appear.
Dolton died after being found seriously injured in a car park in Chase Lane on Sunday morning following a party.
Detectives are stressing though that the investigation is still at an early stage and that there remain outstanding people who police want to question.
Detective Chief Inspector Steve Porter, Senior Investigating Officer, said: "While the investigation has clearly progressed I don't want people to think it's over.
"We still need to speak to two people from the Bristol area about their presence at the scene and I would appeal to them, or anyone who knows where they are, to come forward immediately.
"The community response to Dolton's death and the goodwill we've seen has been incredible but I'm just asking people to keep it going now and  ring us on the incident room number 01452 754454 if they have information."

Meanwhile, Dolton's family have been paying tribute to him.

Tribute from his mum:

"Dolton was an angel and a loving and kind boy, there is nothing he would not do to help me from the day he was born.  I know God gave me an angel and now he has taken him back.  He will never be forgotten, he made me a proud mother.   God bless his soul,  RIP DOLTON."

Tribute from his family:

Tribute from his brother Nevaro:

"My little brother Dolton, he was so respectful and unbelievably helpful and loving, whether  in work or in normal situations. The time he had for people was never against him, he had time for you whether you knew him or not. He was the perfect guy to have in your presence - whenever you were unhappy,  stressed or in any negative circumstances. His classic and cheeky smiles that he’s left us with will always be comforting and will never leave us.  Rest in peace my baby brother, Love you forever Nevaro."

Tribute from his sister Andrea:

"My baby brother Dolton, words cannot explain the immense love I have for you.   Just like a mother to her son, our relationship as brother and sis, as best friends and soul mates was so clean and pure that we told each other everything. You were my rock in good and bad times - always there for your two nieces Artianna and Ara, attending school activities, birthdays etc.  For a 21 year old you had such a wise head on your shoulders and showed love and passion in everything that you did, sticking through the hard times no matter what.  Baby boy I love U so much and I am so proud of the legacy you have left behind.   Truly a hero - saving someone's life in place of your own, always putting others first no matter the circumstances. Love you always and miss u bro, your big sis Andrea."

Tribute from his brother Travis

"I am feeling real black right now, I never knew you like I should have.  Can we get a curtain call, let us pray your ideas outlive you.  I'll never be able to be an angel but I'm going to thank you when I see you. You were an impression of young Malcolm.  Heaven cried when we lost a dream.  They say the right thing that love can heal us.  Romancing back when we were kids, that's the kind of stuff that sticks with us.  I'm just feeling real black right now, wish someone could take us home.  Just to see your face one more time..... Love you from your big brother Travis xx"