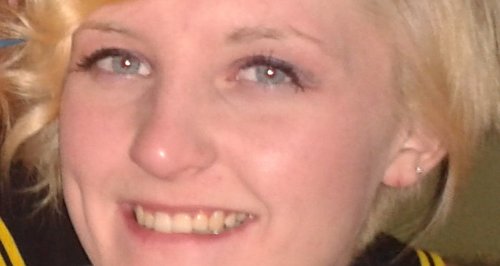 A Gloucestershire mum will be speaking from the heart when she talks to students at a safe driving event in the Forest of Dean later.

19 year old Leanne Davies was killed when the car in which she was a passenger crashed into a wall at Longhope in 2013. The driver, Paul Reddan, 21, from Broadwell was convicted of causing her death by dangerous driving and jailed for six years.

Following the tragedy, Leanne's parents set up Leanne's Gift, a charity which aims to raise awareness of road safety in Gloucestershire and provides support to the families of young people involved in road collisions in the Forest of Dean.

Leanne's mum Heather Davies will help to spread a safer driving message to the next generation of drivers at Gloucestershire College's Royal Forest of Dean campus at Five Acres, Coleford, which is staging Gloucestershire’s latest 'Drive for Life' event.

Gloucestershire's Police and Crime Commissioner Martin Surl, who will open the event said: ''Leanne's death had a profound effect throughout the Forest and I am grateful to her mother for supporting this event and the work the family has done to raise awareness around road safety.

''Safe and social driving is one of the priorities of my police and crime plan and although young people may not find it very cool, it is vitally important they get the message.''

'Drive for Life' is organised by Gloucestershire's Road Safety Partnership and following the impact of similar events at Hartpury College and Katherine Lady Berkeley School, students are being given a day off studies in the hope they will learn a lesson that could save their lives.

Site Principal Sandra Tyrrell said: ''We are delighted to be working with the Gloucestershire Road Safety Partnership to host Drive for Life at Five Acres campus.

''The safety of our students is of utmost importance to us, especially in the rural community of the Forest of Dean, and we want to try to prevent the harm and heartache caused by road traffic collisions by raising awareness and educating them on safe and sociable driving.''