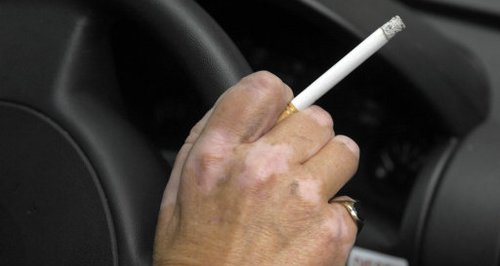 New laws have come into force to protect children from smoking in cars.

Anyone lighting up while driving or as a passenger with a child under 18 in the car will be breaking the law and could be fined.

''As the existing smoke-free law extends to vehicles, police forces will be taking an educational, advisory and non-confrontational approach when enforcing the new legislation. This would see people being given warnings rather than being issued with fines, which would give time for public awareness of the offences to build.

"This is based on experience of implementing the current smoke-free legislation and the Department of Health's proposal that this approach should be adopted for a minimum of three months to help build a high level of compliance.