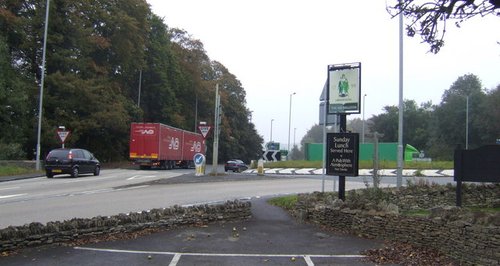 Road safety experts are joining the county's calls for a solution to the A417 Missing Link, the site of more than 340 casualties in the past 15 years.

The 5km stretch of single carriageway, maintained by the Highways Agency, has long been considered an accident blackspot.

With more than 34,000 vehicles using the route a day, it's a significant bottleneck and has the worst average vehicle delay of all strategic routes in the south west.

Gloucestershire County Council launched a campaign in January to encourage residents and businesses to back the A417 Loop - the only workable solution to the problem.

They want to ensure the £255 million project is added to the Government's list of future road schemes and, since launch, more than 3,350 pledges of support have been received from residents and businesses. As well as an answer to the hundreds of lost business hours and the knock-on effect on the Gloucestershire economy, the Loop would seek to improve the road's safety record with a number of highways improvements, from a new bypass of Nettleton Bottom to an additional dual carriageway down Crickley Hill.

In its report into the Missing Link, the Highways Agency has said that lorry breakdowns, particularly engine and brake fires, elsewhere on the route often start on the Missing Link, where vehicles have been forced to queue for a long period. The 2003 study also highlighted the A417/B4070 Birdlip junction as a particular problem for right-turning traffic on to the major road, with a number of accidents and near misses resulting from this part of the link.

Garry Handley, Gloucestershire Road Safety Partnership manager, said: ''Safety on this stretch of road has been the subject of debate for a number of years. Although the road is only as safe as the people who use it and some improvements have been made, many people still feel that there is something inherently wrong with the road itself.

''Improvements to this stretch would bring huge economic and social benefits as it is part of a strategic route and used by about 1,500 vehicles every hour.

''The safety benefits of being able to use a road that is designed and built to accommodate this volume and mix of traffic, as well as coping with the gradient of the escarpment and the junctions, are obvious''

Cllr Will Windsor-Clive, cabinet member for community safety, said: ''This stretch of the A417 needs to be able to safely manage a huge number of vehicles every day, and reports show that the current design simply doesn't. At best, drivers are delayed, at worst, tragic accidents can happen.

''The Loop will reduce congestion and all the problems that come with it. We urge residents and businesses to pledge their support so that Gloucestershire's voice is heard.''

The Highways Agency will set out its future road scheme priorities at the end of March this year, as part of its ongoing Route Based Strategy work. If the A417 Loop is included there's a much higher chance of securing the funding needed when the Government is allocating cash in spring 2015.

Local business owners and commuters are urged to show their support for the A417 Loop by signing up and pledging their backing here or emailing us at info@a417missinglink.co.uk.