Search For Driver Who Crashed Into Wall 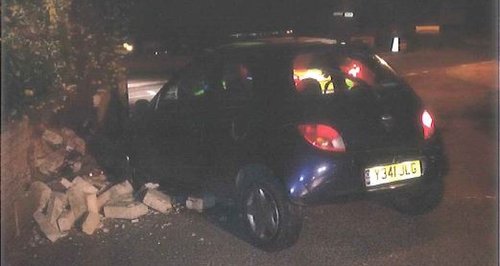 Police in Dursley want to trace a driver who crashed his car into a wall then ran off from the scene.

A resident in The Street, North Nibley, heard a bang last Friday evening and went outside to investigate. He saw a black Ford Ka embedded in a wall on the corner of the road and a man running away.

The driver is believed to have lost control of the vehicle on a bend. He is described as in his 20s, wearing dark clothing and possibly a lanyard around his neck.

Anyone with information about the crash or the driver is asked to call 101, quoting incident 481 of 10 April 2015.