Gloucestershire: Drivers Warned To Watch Out For Cows 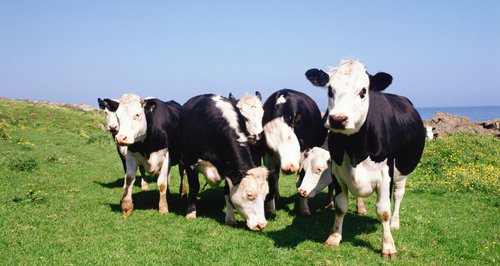 Drivers are being warned to look out for 500 cows as they return to graze for the summer on Minchinhampton, Selsley and Rodborough Commons.

Gloucestershire Road Safety Partnership is reminding people to drive carefully around these areas. Roadside signs have been designed by a working group and will be put up at the gateways to the commons to warn motorists.

This year some of the cattle are being given reflective collars to make them,more visible at night.

Cllr Will Windsor-Clive, cabinet member responsible for road safety said: "When a car collides with a cow, it's not always the cow that comes off worst, so it must be a case of speeds down and observation up!

"For several months now motorists may have made journeys on the roads that criss-cross the commons seeing only the occasional golfer, horse and other wildlife. So it's vital those using the common know that cattle may be encountered from Marking Day on 13th May."

Local farmer Bill Powell whose cattle are released onto the commons every year said: "It seems odd to some people to see cattle on unfenced properties, but grazing is the best way to keep the commons in good condition for everyone's benefit.

"Last year five cattle were killed on the commons, less than half the total for the previous year but we are all doing our best to keep these crashes to an absolute minimum. We're caring people and don't want to see cattle killed or injured - or put drivers at risk.

"This year we'll be using reflective collars on some of the cattle to try and make them obvious during the hours of darkness.  We've tried various schemes to keep cattle safe and alert drivers over the years and will continue to work with the Gloucestershire Road Safety Partnership in the interests of everyone's safety."