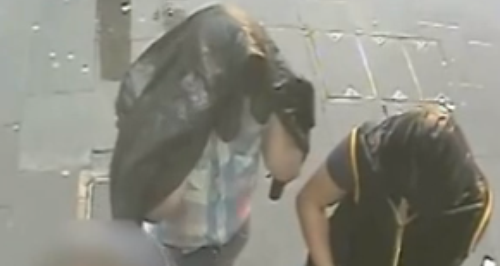 Crimestoppers have put up a reward of £3000 to identify and convict two men who raped and robbed a 21 year old man.

The victim was walking home from a night out in Watford town on the 22nd June 2013.

The two men came up to him on Riverside Road near the park at 3:30am- they forced him to perform a sexual act before leading him to a cash machine and getting him to withdraw cash for them.

“This incident in the safe county of Hertfordshire is incredibly rare and disturbing. Nobody has anything to fear by contacting Crimestoppers if they have information about this offence or they recognize any of the individuals in the CCTV.

"We never ask for your name or take any personal details. We do not record or trace your call or IP address. You won’t have to give a statement, speak to the police or go to court – we only want to know what you know, not who you are.

"In the 26 years that Crimestoppers has been running we have never broken our promise of anonymity so nobody will know you contacted us”.