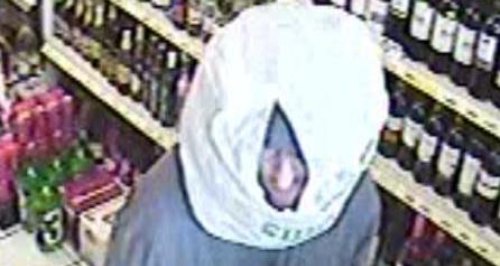 Police are releasing a CCTV image of a man they would like to speak with as part of an investigation into a robbery at the 'Day One' store in Bennetts Gate, Hemel Hempstead on Friday, May 10.

At approximately 8.40am a man entered the store with a white 'Londis' plastic bag over his head and walked behind the counter. He brandished a knife and asked the member of staff for money.

He then removed money from the till and made off in the direction of Leys Road.

The staff member was not injured during the incident.

She said: "It is quite unusual for a robbery to be committed where the suspect uses a carrier bag as a means to attempt to conceal their identity.

We would like to speak with the man pictured as he may be able to assist our enquiries. I would also like to hear from anyone who may recognise him."

If you can identify this man or have information about the incident, you are asked to contact police via the non-emergency number 101 quoting crime reference number D1/14/2764.