Hertfordshire police have released CCTV images of two men they want to speak to after a leisure centre was burgled in St Albans.

The Westminster Lodge Leisure Centre in Holywell Hill was broken into between 4.10am and 5.35am on Sunday (April 12). Items were stolen and damage was caused to the premises.

Police want to speak to the two men pictured as they may have information about the burglary which could help with the investigation.

Anyone who recognises the men, or has any other information about what happened, is asked to contact PC Matthew Wright via Hertfordshire Constabulary’s non-emergency number 101, quoting crime reference F1/15/1280.

You can also call Crimestoppers anonymously on 0800 555 111 or clicking here. 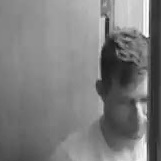