Police have released CCTV images of eleven people they want to speak to following a number of thefts and distraction thefts in St Albans.

Police have released images of eleven people they want to speak to following a number of thefts in St Albans.

They also include distraction thefts, including a woman who was asked for change at a supermarket in Hatfield Road.

The thief made off with her bank card withdrew £6,000.

A woman stole a bank card and driving licence from a handbag left unattended in the restaurant of Aylett Nurseries on the North Orbital Road (A414) on Tuesday April 30, 2013.  The card was used with withdraw cash over the counter (F1/13/1466).

A wallet containing cash and a credit card were stolen from a man aged in his 80s in St Peter’s Street on Friday March 8, 2013.  The card was subsequently used to withdraw cash. (F1/13/746).

PC Adam Wills said: “We would appreciate the public’s help in trying to identify these people caught on CCTV.  They may be able to help us with our enquiries.  If these images are of you or you know who they may be, please get in touch with us.  We will continue to publicise CCTV images of people we would like to speak to help reduce crime and anti-social behaviour across the St Albans district.”

Anyone with information on the identification of those people pictured are asked to contact PC Wills on 01707 806213 or the Herts Police non-emergency number 101. Alternatively, call Crimestoppers, the independent charity, anonymously on 0800 555 111. 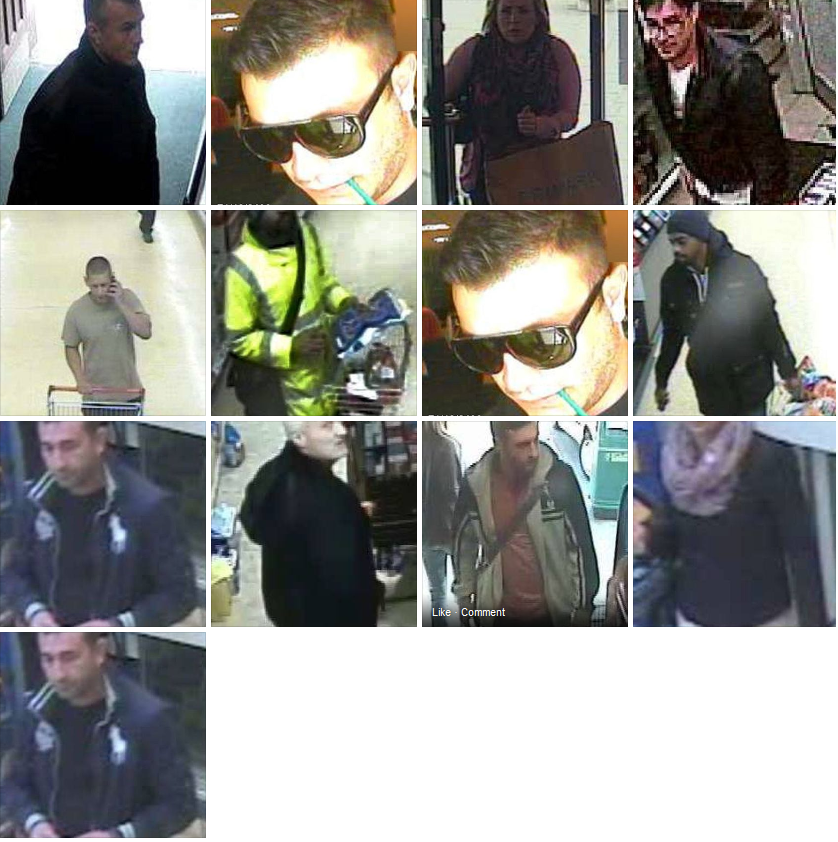