Police have released CCTV images of a man they want to speak to, after a bookmakers was robbed in Watford.

One man forced the counter staff to open the safe, and then took a large amount of money.

Both men left the shop and were seen to make off towards The Gossamers. Police officers and the helicopter were sent out but then men couldn't be located. 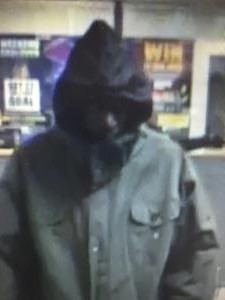 Additional police patrols have been put in place in the Meriden area since it happened to prevent further incidents and reassure the community.

Detective Constable Tanzeem Siddiqui from the Watford Local Crime Unit said: “We would like to speak with the man pictured as he may have witnessed the incident or have information which would assist the investigation.

"If you are this man, or can identify him, please contact the Watford Local Crime Unit as soon as possible via Herts Police non-emergency number 101 quoting crime reference number C4/14/2543. Alternatively call Crimestoppers, the independent charity, anonymously on 0800 555 111.”