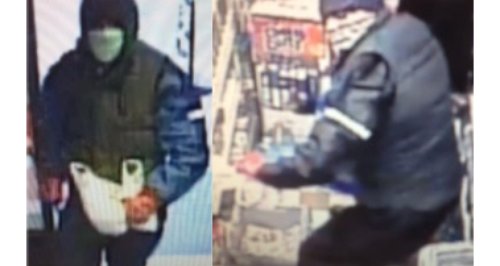 Three weeks after a man threatened staff with an iron bar in a shop in Watford - police are re-appealing for help.

The man went into the Costcutter store in Orbital Crescent around six-twenty on the morning of Friday June 20th - after a brief struggle with a staff member he got into a car which was later found dumped in Harris Road.

Police have now released CCTV of a man they'd like to speak to.