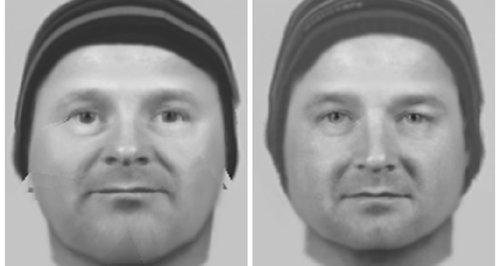 Police have released e-fits of two men they want to speak to after a tipper truck was loaded onto a van and then stolen in Rickmansworth.

Thieves broke a padlock at a building site in The Mount, back on Tuesday 3rd February.

They then used a white Ford Transit van to reverse into the site and loaded a yellow Thwaites JCB tipper truck onto it, before driving away.

After following a number of lines of investigation, police have made e-fit images of possible suspects and are releasing them in the hope someone can help identify them.

Anyone who believes they know who the men are, or has any other information in relation to the theft, should contact PC Jonathan Walldock via Hertfordshire Constabulary's non-emergency number 101, quoting crime reference C2/15/256.

Alternatively people can contact Crimestoppers anonymously on 0800 555 111 or through the secure online form at www.crimestoppers-uk.org.