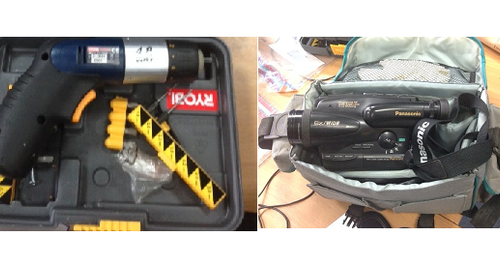 Further images of items recovered from a property in Watford are being released in an attempt to trace the rightful owner(s).

On July 29 officers released the image of a bike which was recovered from the address and a short time later had contact from a member of public who believed the bike belonged to them.

Officers are now releasing two further images of items which are also believed to have been stolen from an address in Watford or Bushey in recent weeks.

DC Michael Simpson said: "We are already following a positive line of inquiry in relation to the bike and I am hoping that by releasing the images of other items we think have also been stolen we can trace the rightful owner.

Anyone who recognises the bike should please contact DC Michael Simpson at the Local Crime Unit in Borehamwood via the Herts Police non-emergency number 101.