A man has been sentenced to six years in prison for two knifepoint robberies against takeaway delivery drivers in Watford and Oxhey.

Ryan King, 19, formerly of Watford, pleaded not guilty to both charges of robbery and appeared for trial at St Albans Crown Court on March 4. He was found guilty by jury and sentenced on Friday, March 8.

The court previously heard how on August 21, 2018, King ordered three large pizzas, two sides and a drink to an address in The Willows, Oxhey.

The delivery driver, a man in his 30s, arrived outside the address at around 11.30pm and King was standing on the pavement. The victim asked for payment and King became aggressive, shouting and swearing, before he threatened him with a large knife.

Fearing for his life, the victim attempted to grab the knife from King but in doing so received a cut on his thumb.
King demanded money from him and the victim handed over approximately £200 in cash as well as the takeaway food.

Mr King went to search the victim’s car for further items but a vehicle turned into the street and disturbed him so he ran off.
Two days later, on August 23, King ordered some Chinese food from a takeaway in Watford at around 7.50pm. A short time later the delivery driver, a man in his 30s, arrived outside an address in Deakin Close, Watford.

As he turned his vehicle round in the cul-de-sac, King appeared in front of the car. When the victim asked him for payment, King produced a knife and pointed it him before taking the food and running off. The victim was not injured. King was arrested on suspicion of robbery two days later.

"King’s custodial sentence sends a strong message that knife crime will not be tolerated in Hertfordshire. He used the knives to instil fear into his victims, who were simply just doing their jobs, in order to get them to hand over the food and cash.

Thankfully neither of them were seriously injured during the incidents but were understandably shaken by their encounter with King. I hope the defendant uses his time in prison to reflect on his actions and consider the impact he had on the two victims."

•    As part of Operation Sceptre – the national knife amnesty this week; police are reminding everyone there's a knife bin situated in the foyer of Watford police station.

Anyone can anonymously dispose of any weapons no longer wanted - or - you shouldn't have. 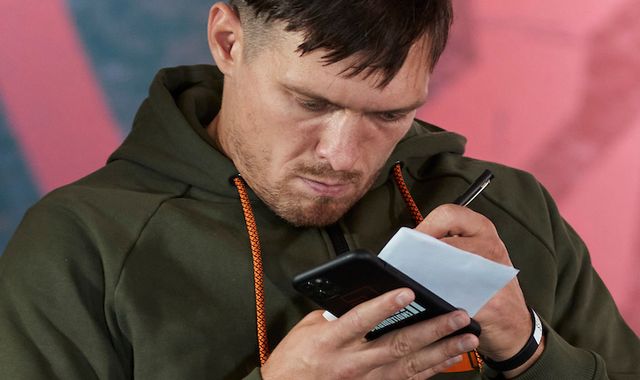