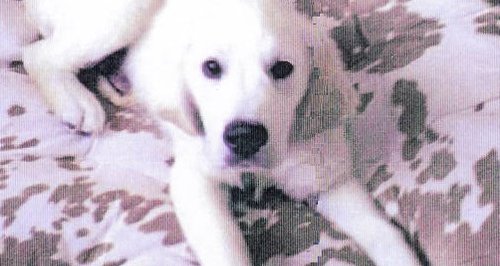 A 4 month old puppy's disappeared from a Watford garden and police think he's been stolen.

The four-month-old golden retriever, named Buddy, was reportedly taken from an address in Prestwick Road between 1.30pm and 1.50pm on Wednesday, June 3.

Buddy has been described as having an unusual appearance in that he has very white fur.

PC Mark Walsh from the Oxhey Safer Neighbourhood Team said: "I understand that this incident may cause some concern among dog owners in the area, however I would like to reassure people that we are doing all we can to trace Buddy and that dog thefts are unusual in Watford.

"I am appealing for anyone who witnessed any suspicious activity in the area around the time stated to contact me as soon as possible."

Anyone who thinks they may have seen Buddy, or knows of his whereabouts, is asked to contact police via the non-emergency number 101, quoting reference C3/15/546.