Sex Offences On East's Trains Up 35% 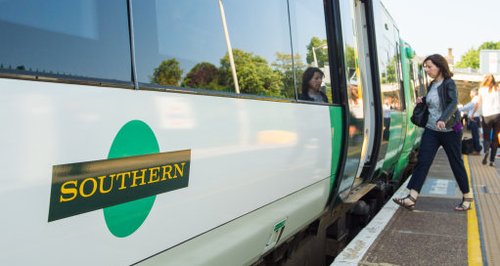 Sex offences on trains in Hertfordshire and the East of England has gone up by 35% in the last year, according to figures out this morning.

Violence-related offences is also up, rising almost 10 percent, but theft and robbery has fallen as has the level of overall crime on the region's trains.

Superintendent Gill Murray, who leads the policing operation on BTP East sub division said: "Across the region, overall crime has reduced by 4.5 per cent in the past year due to the excellent work of my officers and staff who work tirelessly to keep the railway safe for the travelling public.

"However, we have some challenges, particularly in tackling violence and disruption, and have already made some progress implementing new ways of working to deal with these demands."

Supt Murray said: "The increase in violent offences is clearly a concern and this has absolutely no place on the railway. However there has been a renewed police focus on the quality of recording and a greater willingness from victims to come forward.

"We now put more officers on late evening and night trains to reassure passengers and deter problematic behaviour and we work with our partners to fully utilise the CCTV systems available to us and the rail companies."

Through the work of Project Guardian and, more recently, Report It To Stop It, British Transport Police encourages all rail travellers to report any incidents which involve unwanted sexual behaviour.

Supt Murray said: "We knew that offences were being under reported and have worked hard during the past two years to give victims and witnesses the confidence to come forward to make us aware of any problems.

"We take every report of unwanted sexual behaviour seriously and our specially trained officers work hard to find those responsible, by speaking with witnesses reviewing the extensive CCTV available to us on the rail network.

"With Report It To Stop It in place, we fully expected to record a rise in sexual offences and, though it is clearly a concern that so many people are affected by this type of crime, it is pleasing that so many people seem to have the confidence to report this to us."